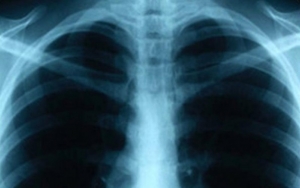 March 7, 2014 (San Diego's East County) - A case of tuberculosis has been reported at Helix Charter High School in La Mesa.  Students and staff may have been exposed, according to the County Health and Human Services Agency.

“Many hours of close, indoor contact with an infected individual is usually needed to spread TB to others and most people who are exposed do not develop TB,” said Dr. Eric McDonald, County deputy public health officer. “TB is easiest to treat and cure with medication when identified early, which is why it’s important to identify those who have been exposed,” he added.

For more information about the potential exposure, call the County of San Diego TB Program at (619) 692-8621