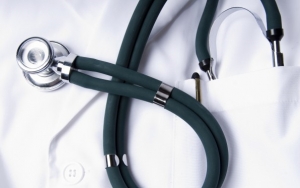 November 23, 2015 (La Mesa)--A person at Helix Charter School was recently diagnosed with tuberculosis (TB) and may have exposed others, the San Diego County Health and Human Services Agency (HHSA) reported.

HHSA is working closely with school officials to notify anyone who was possibly exposed to the disease between Aug. 5 and Nov. 13. Free testing for students who may have been exposed will take place on Dec. 1 at the school, located at 7323 University Avenue in La Mesa.

“Most people who are exposed to TB do not develop the disease, but those that do develop symptoms can be treated and cured with medication,” said Wilma Wooten, M.D., M.P.H., County public health officer. “That’s why it’s important to identify those who have been exposed.”

For more information on this potential exposure, call the County TB Control Program at (619) 692-8621