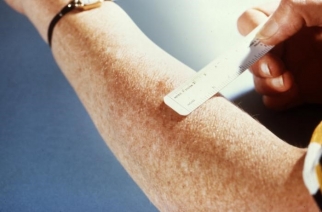 HHSA is working with the Sheriff’s Department to notify people who were possibly exposed to tuberculosis by two people at its facilities. The periods of potential exposures are as follows:

HHSA is also working with City of San Diego officials, the San Diego Housing Commission—which administers the contract for the bridge shelter— and the Alpha Project, which operates the facility, to notify people who were potentially exposed. The period of exposure at the shelter was:

Investigation results determined the individual was diagnosed in Long Beach, but left the hospital without permission, eventually arriving in San Diego where they passed away from co-occurring medical conditions at a local hospital on Oct. 6, 2019. At this time, there has been no confirmed TB exposure at any of the other City of San Diego bridge shelters.

TB is transmitted from person to person through indoor air during prolonged contact with an infectious individual. Most people who are exposed do not become infected.

“Testing is recommended for people who were exposed to assure they are not infected, since initial infection usually has no symptoms,” said Wilma Wooten, M.D., M.P.H., County public health officer. “For any infected individuals, early diagnosis and prompt treatment can prevent the infectious form of the disease.”

Symptoms of active TB disease include persistent cough, fever, night sweats and unexplained weight loss. For people with symptoms of tuberculosis, or those with compromised immune systems and who may not show symptoms, it is important that the person sees their medical provider to rule out tuberculosis. Tuberculosis can be treated and cured with antibiotics.

People who would like more information on this potential exposure are asked to call: