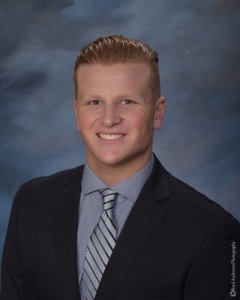 December 12, 2017 (Alpine) – Alpine resident William Burton, 17, died at the scene of an accident that occurred last night at 8:25 p.m. on South Grade Road east of Via Viejas Oeste in Alpine.

A senior at Granite Hills High School and tight end on the school's football team, he was on his way home from a team banquet when the tragedy occurred, KNSD reports.

According to Officer Travis Garrow with the California Highway Patrol, the victim was not wearing a seatbelt and was ejected from a Jeep Wrangler in which he was a passenger in the backseat.  The Jeep, driven by an 18-year-old from Crest, drifted off the side of the road; the driver overcorrected and went over the center line, into the path of a Lexus.

The Lexus broadsided the left side of the Jeep, causing the 17-year-old to be ejected onto the roadway, where he succumbed to his injuries.  The Jeep driver and a front seat passenger, a 17-year-old from Alpine who was wearing a seatbelt, sustained minor to moderate injuries and were taken by ambulance to Sharp Memorial Hospital in San Diego. 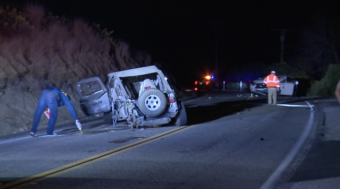 The driver of the Lexus, 41, and his 13-year-old passenger sustained minor injuries and were not transported to a hospital for any treatment.

Burton, a star player, had been named to the CIF All-San Diego first defense team.