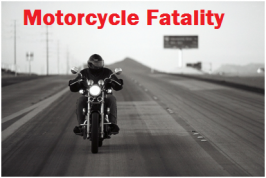 A witness told investigators that the victim was driving in a “reckless manner” just before the crash, says Officer Christy, who adds that there is no indication that alcohol or drugs were factors.

No other parties or vehicles were involved. The name of the deceased is being withheld pending notification of family, and will be released later through the San Diego County Medical Examiner’s office.

For those of us who have lived here for a while, we know that the motorcycle carnage on Highway 78 and 79 is nothing short of extreme. The number of young people with pants rockets passing across double yellows, and gray beards who just fall off their Harleys (with some frequency), is just too much sacrifice for apple pie and the Julian economy. I'd like to see more CHP and Sheriff's presence to help reduce the rate of casualties.

The R6 is a high performance motorcycle, I wonder if he had enough experience or training to ride safely. RIP and good thoughts for his family and friends.

Given he's dead from a solo crash I would say its obvious he did not have the experience or training.