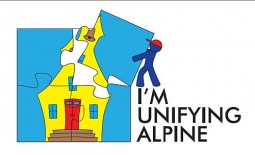 The judge sent his ruling to attorneys for the district and to Alpine Taxpayers for Bond Accountability, which sought the injunction to protect taxpayer money approved for the high school.

The judge writes, “The court does believe that evidence supports an injunction to set aside some funding for the eventual construction of the high school.”

Alpine parents have sought a high school for 20 years, noting the dangers of teens commuting long distances to El Cajon to attend school, particularly in icy winter weather in this mountain town.

Voters in the Grossmont district approved Proposition H in 2004 and Prop. U in 2008, bond measures that total nearly $700 million.  It called for building a new high school in Alpine, along with some other projects.  But the Grossmont board majority has refused to build the school, claiming triggers won’t met (a point disputed by supporters of the school).

The district defied a grand jury order and prompted parents to seek to split from the Grossmont District and unify the Alpine Union District to enable it to become K-12 and build the long-awaited school.  The County Board of Education has approved the unification effort and recommended that the state also grant approval.

Pressman made clear that “whether or not unification is successful, funds from this bond are supposed to be used in part to build a high school.”

But the judge  left  blanks for the amounts to be set aside, which are still to be determined.  The sum will be split into two parts, one to be set aside immediately and the other by January 2016.

Details should be announced Thursday at 9 a.m. during the formal injunction hearing in the San Diego Hall of Justice downtown, room C-66.