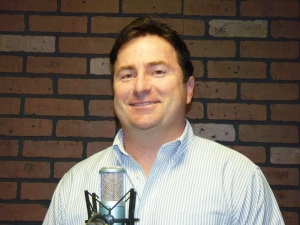 (Note, file may take a few moments to load, or cut and paste link into browser for faster open)

July 31, 2015 (San Diego’s East County) –Julian resident Tony Teora announced on East County Magazine’s radio show on KNSJ that he will be running for the 71st Assembly seat, which is open due to Brian Jones stepping down due to term limits.

Teora, a Republican, considers himself a “maverick” and a moderate candidate. “We have politicans today who are controlled by special interests,” he says adding that too often, elected officials vote against the interests of constituents,he says.

Teora says he is a  fiscal conservative but  leans libertarian on social issues, opposing government interference with a woman's reproductive rights, for example.

Teora has a degree in electrical engineering, studied at Harvard, and started a software company . He's currently a data solutions manager for a bank and is also a science fiction author.

He says he is running because he feels a responsibility to a society and that those who don’t get involved get the government they deserve.  "If hey’re building a wind farm in your backyard or polluting your water” he believes people should speak out --and that local planning groups and councils should have the final say –not be overruled by county supervisors or a state agency. The people closest to the area, those who are most impacted, should make such decisions, he believes.

Teora wants to introduce legislation that would empower local citizens to vote for—or keep projects out-- of their communities, such as the proposed Lakeside sand mine or industrial wind projects in rural areas. He faults special interests for buying votes and “taking away local control. We need people in the Legislature who won’t be strong-armed… I would support legislation for a Restore Local Control Bill….I think a local board should be able to veto; if they don’t want something, that should be final.”

He adds, “We’re destroying our environment and this is not sustainable,” citing industrial wind and solar as examples. He wants to support solar on rooftops instead.

He says it’s “crazy” to believe that there is no such thing as climate change. “Something like 99% of the scientists who look at the weather tell you we have a problem..These people are doing a disservice to their constituents by proposing that there is no global warming.”

He got his start in politics with a tax-cutting group in New Jersey, but has his sights on bigger issues starting with the economy.  Asked about his approach to the district’s high poverty and joblessness rate, he says he wants to offer tax rebates and incentives to encourage companies to come into East County and create jobs.  He supports reducing regulations to increase tourism and promote agri-tourism in East County. He opposes over-regulation of our burgeoning wine industry such as as too-tough restrictions on music during winetasting events.

He opposes California’s new mandatory vaccine law, believing parents should have a choice.  “It’s horrible to have laws where the government can mandate how many vaccines my kid will have,” says Teora, father of a two-year-old born during his first campaign for the Assembly in 2014.  He notes that big pharmaceutical companies have heavily funded the pro-vaccine lobbying.

Teora, who refused to take special interest money in his last campaign, criticized politicians who have taken huge contributions from the tobacco industry and vote against public health interests. “It’s a public health crisis. It’s a disease we can stop and save 500,000 lives a year,” he says, adding that unlike Jones, he would support raising the smoking age to 21.  “I will not take any money from the tobacco industry,” he said.

On guns, he believes in the 2nd Amendment but would support waiting lists and reasonable laws we have now such as a cooling off period before buying a gun.

As for healthcare, he says it’s a tough issue. “From my libertarian views I don’t think the government should tell me I have to buy insurance….but it got upheld in the court so that’s a moot subject.”  Given that Congress has passed the Affordable Care Act and the political climate in California, we asked how he would seek to change or improve the healthcare laws in California, he said “I wouldn’t throw the baby out with the bath water…What I would do is look at what is working and what is not working, because now we have some hindsight with Obamacare.” He wants to see more local control, adding, “We have to look at things like how to give incentives to doctors, supply and demand, reduce tax rate for doctors to go here or for people to go to school here in medicine” and work to attract people to clinics.

Intriguingly, he recalled, “In Japan where I lived for a while we had universal healthcare and it worked real well, but you didn’t have to pay for it,” he said. “I was fascinated by how that system worked. It was totally universal healthcare” and it worked, he added, but said the system there is very different without the big insurance industry. “But we need to fix it, it’s so important.”

He is interested in serving on committees related to energy, health, and the economy including looking at how to provide incentives for businesses to come to California and East County.

Thus far, two other candidates, also Republicans, have announced they are also running for the 71st Assembly District seat: Santee Mayor Randy Voepel and Mike Harrison, an aide to Congressman Duncan Hunter.  Democrats have not yet announced if their party will field a candidate.

To win in November  2016, Teora would first have to make it through the top-two primary election in June 2016. He says he is eager to meet with people across the district to hear about their issues and would also welcome a debate with his opponents.

“If you want somebody who is not going to be bought off by the special interests and who’se really going to fight for you, vote for me,” he concludes, inviting voters to check his website at www.tonyteora.org. 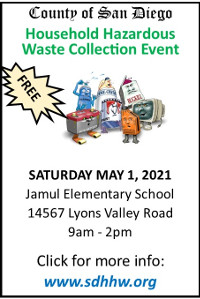