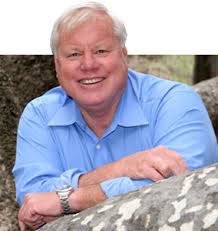 Democrat Steve Whitburn will seek to unseat Roberts, while Steve Gronke, a former Republican who changed his registration to “decline to state” will run against Horn. Both incumbents may face their toughest challenges in years.

Horn has drawn controversy for his cozy relationship with developers in the Merriam Mountains project and a proposed Valley Center development that opponents nicknamed "Hornsville." Roberts has been criticized for being out of touch with poor and middle class voters in his district, which has shifted through the years and now has a strong Democratic majority in voter registration.

In the City of San Diego, residents also voted to retain the strong mayor system of government and make it permanent. The ballot initiative also adds a ninth seat to the Council and requires an additional vote to override a mayoral veto.