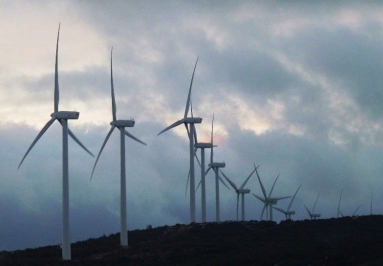 Photo: Terra-Gen’s planned Campo Wind turbines would be twice as tall as those shown at the existing Kumeyaay Wind site in Campo.

January 3, 2022 (San Diego’s East County) – Terra-Gen, the company slated to build a massive wind project on the Campo reservation, has been fined over a half million dollars following an investigation that accused the company of submitting “false or misleading information to the California System Operator (CAISO)” regarding the capabilities and output of a wind power facility owned by Terra-Gen’s subsidiary Cameron Ridge, LLC.

Under a settlement announced by the Federal Energy Regulatory Commission(FERC), Terra-Gen has agreed to pay a civil penalty of $510,962.43 to the U.S Treasury and an additional  $117,231 to CAISO to benefit CAISO customers . In addition, the company must be subject to compliance monitoring.

Terra-Gen stipulates to the facts in the agreement but neither admits nor denies the allegations.

The settlement agreement states, “Enforcement found that Cameron Ridge formulated, documented, and implemented a plan to reduce the output of the resource during periods of negative prices,” thus pocketing unjust profits.  Moreover, Terra-Gen “falsely represented that more than fifty percent of Cameron Ridge was comprised of technology that was physically unable to curtail output” yet did just that to cut output n response to market pricing.

Terra-Gen's $500,000 plus civil penalty with FERC with $117,000 disgorgement to CAISO to settle investigation into false or misleading information submitted to CAISO for their Cameron Ridge Wind related to unjust profits. The details are in the linked agreement.

The federal government has approved Campo Wind, a 260-megawatt facility on the Campo Indian reservation over the objections of many tribal members and residents in the adjacent community of Boulevard.

The project, if built, would adjoin Ed and Donna Tisdale’s ranch in Boulevard, including 60 5.2 megawatt turbines along ridgelines near their home.  Tisdale is chair of the Boulevard Planning Group, which opposed the project, and also heads up the nonprofit Backcountry Against Dumps which has filed a legal appeal with the 9th circuit court of appeals seeking to block the project. 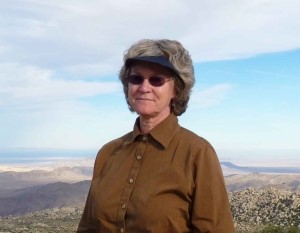 “Terra-Gen has not been community friendly either on the reservation or in the Boulevard area,” Tisdale told ECM in a telephone interview today. “They haven’t had community meetings or answered questions. So we’ve been suspicious of them.  This gives us another reason not to trust them,” she said of the settlement announced by FERC.

Good reason not to trust them.   Go Donna!