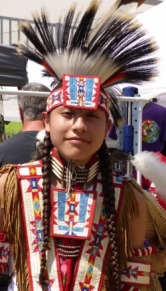 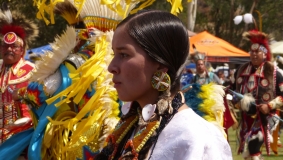 Some dances tell stories, such as traditional men’s competitors with eagle feather bustles,  simulating hunts or battles.  Fancy dancers, are among the most eye-catching, with swift steps and brilliantly-hued clothing.  Women compete in the shawl-dancing competition, a newer category, and jingle dancing, which has its origins in healing ceremonies.

Powwows are traditional gatherings that also bring families together each year for visits and to help keep alive ancient cultural traditions.

A highlight is the grand procession, typically held each evening around 7 p.m. and in the afternoons around 1 p.m.  The procession is led by revered tribal elders or leaders, followed by all powwow participants.

The public is welcome to attend the powwows as spectators at the dancing and drumming competitions, and to shop at vendor booths for Native American wares ranging from carved 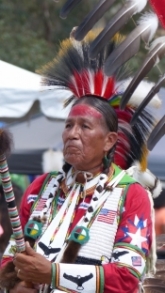 You can also sample fry bread, a Native American dietary staple, as well as other foods and beverages.

This year’s powwow was held on a grass field instead of the traditional powwow grounds, due to construction underway for the new Sycuan hotel resort set to open in 2018. 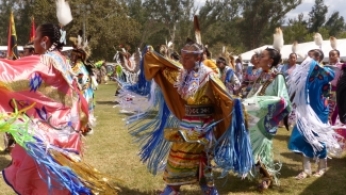 Was there any prior announcement of the event?

Here is the link:  http://www.eastcountymagazine.org/sycuan-pow-wow-sept-8-10-honors-tribal...

We also listed it in our Destination East County Column, on our radio show, and in our weekly newsletter.  Sorry you somehow missed all of those.