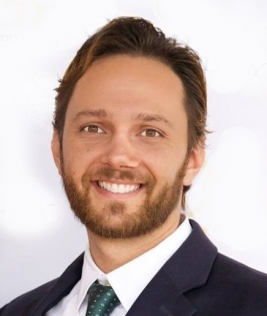 In a discussion thread about Kalasho’s signs, one person wrote, “One very large sign has been taken down, and wil not be placed back, ever.” Another asked for “help” to vandalize or steal a Kalasho banner.

Kalasho believes he’s become the target of Middle Eastern residents who oppose his stance on limiting the influx of refugees into El Cajon due to economic uncertainty in a city with high poverty and unemployment rates. Kalasho says he has also received death threats.  Ironically, Kalasho is Chaldean, of Iraqi Christian descent; he is President and Founder of the Chaldean American Chamber of Commerce.

He defends his stand on limiting immigrants (a federal issue), stating, “We all have to be American first and look out for the well being of our residents before accepting anyone else into our city.”

This is Kalasho’s second run for the Council.  Last election, he lost by only about 400 votes.  This time, he is one of 10 candidates running for three seats.

The incident has sparked discussion online, with some siding with Kalasho and others against at a time when some have been lobbying federal leaders to allow more Christian and Muslim refugees fleeing war in the Middle East to come to the U.S.

“Damn, the hate is real,” one resident observed.

Another wrote,” Does it concern you at all that the people you aspire to represent have these opinions? Are you seeking retribution or try to serve the people?”

Kalasho replied, “I do not aspire to represent one ethnicity, minority or race. I am running to serve everyone in El Cajon. So, the short answer is No, I am not concerned with a dozen terrorists.”

Repeat violators will have posts deleted or posting privileges cancelled.

We welcome civil discussions of issues with views on all sides.

I see that we have resulted to name-calling. I love my city and America too much to stoop to your level.
I am glad I am the first one to comment before it gets taken over by rambling chaldeans who oppose of Ben's plans taking care of El Cajonians as a WHOLE. Chaldeans are entitled whiny system cheats. Sure, not all of them but be assured that the ones who will comment after my post are. They all live in Rancho San Diego and don't vote or care about the city of El Cajon. Ben's 5 plans address everyone and not just certain groups. He has done great things in his organizations. What have the Chaldeans given us? Card Rooms? Arabic Writing in Downtown El Cajon? Stolen free lunches at schools? Drying out our welfare system, no thanks. It will take someone like Kalasho who upholds American values and to set this population straight. The Reader Article he was in hit the nail right on the head: http://www.sandiegoreader.com/news/2016/apr/20/cover-closed-box-el-cajon/ Ben is redefining what it means to be Chaldean, we "white" people see that. We support Ben 100% through his campaign and the more we see and read about sign theft or underhanded attempts at his campaign the more we support him. See, that's something Chaldeans and other Middle Easterners just don't get. We see through dirty politics, we respect our democratic process. We'd rather have ONE Ben Kalasho then 100 freeloading, petty refugee sympathizers. Ben gets it, he will do great things. Now, let's see how many idiots write negative things.....