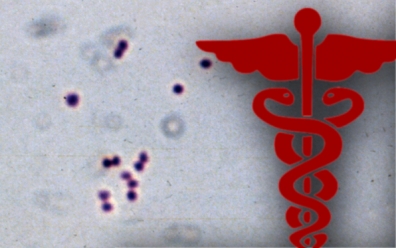 The most recent case is a male undergraduate student who became symptomatic with meningitis on Sept. 25.  Testing done at the California Department of Public Health identified the illness to be due to serogroup B meningococcus, the same bacteria that hospitalized a female undergraduate earlier this month. Close contacts of the new case have been identified and provided antibiotics to prevent illness. There is no need for antibiotics for those who were not in direct contact.

A third case is a female SDSU undergraduate, who was not attending classes and lived off campus, and occurred in June during the summer break. This case was also caused by the same serogroup of the bacteria. There was no potential exposure as school was not in session.

County Public Health Officer Wilma Wooten, M.D., M.P.H., is recommending that all unimmunized SDSU undergraduate students under the age of 24 get vaccinated with one of two available meningococcal B vaccines. SDSU graduate students, open university students, staff, faculty and visitors are not currently recommended to get the vaccination.

HHSA and SDSU Student Health Services are working together to facilitate vaccinations for undergraduate students. Students with insurance should check with their health plans to determine where to go for vaccination, which is available at many pharmacies and clinics. Students should call ahead to be sure the vaccine is in stock. Arrangements are currently underway to have vaccine clinics on campus, with details to be announced next week.

“Although most students on the SDSU campus have been vaccinated as teenagers with a quadrivalent meningococcal vaccine, many have not gotten the serogroup B vaccine, which is needed to protect against the bacteria that has caused these recent illnesses,” said Wilma Wooten, M.D., M.P.H., county public health officer. “Meningococcal disease can be serious and deadly, so we want anyone to be alert for symptoms and seek care should they occur.

“All undergraduate students under the age of 24 should get vaccinated for meningitis B.”

Symptoms of meningococcal disease may include fever, intense headache, lethargy, stiff neck and/or a rash that does not blanch under pressure. Anyone with potential exposure who develops any of these symptoms should immediately contact a health care provider or emergency room for an evaluation for possible meningococcal disease.

The bacteria can be spread through close contact, such as sharing drinking glasses, eating utensils, cigarettes or pipes, or water bottles; kissing; and living in close quarters. The time between exposure to the disease and the onset of symptoms can be between two to 10 days.

Preventive antibiotics are not recommended for individuals who were not in close contact with the infected person and do not have symptoms. They should be aware of possible symptoms and make sure they have received the recommended vaccination against the disease.

Ten cases of meningococcal disease have been reported in San Diego County this year, the highest number reported since 2013.

Serogroup B has been found in 36 percent of cases since 2008, and serogroup B accounts for six of the ten cases reported in 2018. Serogroup B disease has been the cause of 11 U.S. university/college outbreaks since 2008, including two others in California: one at the University of California, Santa Barbara in 2013 and one at Santa Clara University in 2016.

Information about meningococcal disease can be found on the Centersfor Disease Control and Prevention website.