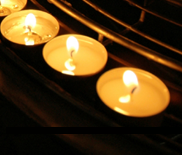 July 25, 2014 (El Cajon) -- The recent persecution of Iraqi Christians has outraged people all over the world. Over 40,000 Chaldeans and other Iraqi Christians live in the San Diego suburb of El Cajon, which has one of the world’s largest concentrations of Chaldeans.  Tonight, elected officials, community leaders and Christian leaders of all denominations are coming together I El Cajon for a vigil in support of persecuted Iraqi Christians.

A press release issued by organizers states that over 2,000 people are expected to attend.  “Some will be coming out to support Christians, and others will be coming to pray for family members in Iraq who are victims of the violence,” the release states.