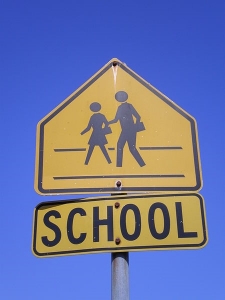 February 23, 2018 (San Diego’s East County) – In the wake of a deadly school shooting in Florida, threats have been reported at several San Diego County campuses including East County locations, though thus far none have been deemed credible by law enforcement.

This morning, Sheriff’s deputies from the Rancho San Diego substation responded to Steam Academy on Leland Street in Spring Valley, where a “threatening message was written on the stall of a bathroom indicating there was going to be a school shooting with today’s date,” says Lieutenant Tom Selver.

Deputies are working closely with the La Mesa-Spring Valley School District but thus far the message has been deemed not credible. School remained in session, but deputies provided extra patrols at the school.

Ramona High School staff also notified the Sheriff today regarding a possible threat.  Deputies and school staff interviewed several students and determined the threat was not valid, says Lieutenant Jerry Hartman. “The investigation revealed a student told several other students not to come to school on Friday (today) because there was going to be a shooting,” says Hartman, adding that the student said the threat was a hoax, though deputies continue to investigate.

Fears of a recent threat against Santana High School, which was the scene of a mass shooting in 2001, turned out to be unfounded.  Deputies were alerted about comments posted online referencing threats to SHS, but it was determined that the remarks reference Springfield High School in Ohio and have been circulating on social media since at least February 19t, causing safety concerns across the nation, says Lieutenant Chris Steffen. In an abundance of caution, deputies conducted extra patrols and walked on campus throughout the day today for increased presence.

Several of the threats against schools elsewhere in the nation were found to be credible and multiple people have been arrested, including at least two in California, National Public Radio reports.

That includes a 17-year-old student in Whittier who threatened to shoot up his school and later claimed it was a hoax, however two assault rifles and other weapons were found at his home, including one that was unregistered, a felony in California.

Similarly, a man who threatened on social media to shoot up a community college in Norco was found to have loaded assault weapons and other guns at his home, leading to his arrest.

“These are tense times for schools,” a press release from the Sheriff’s department states. “The Sheriff’s Department and local school districts take every threat seriously and nothing can be dismissed or ignored.  We want to remind students that if they hear any threats of violence or even potential violence, they can always approach our school resource deputies or call the anonymous Crime Stoppers Students Speaking Out Tip Line at (888) 580-8477 or the Sheriff’s Department at (858) 565-5200.”

Calls to Crime Stoppers can be made anonymously and you may be eligible for up to a $1,000 reward for information leading to a felony arrest.

http://www.foxnews.com/opinion/2018/02/27/nra-just-got-new-member-here-s-why-this-mom-two-joined-group.html
Better safe than sorry. Some schools have done done this before, but hey if most people think that a few school employees carrying weapons (and properly trained of course) will deter or even prevent the next school shooting / killing incident, then we shall see. I'd rather be proactive, than reactive in most any situation. Sadly, the mayhem caused by individuals on a lunatic's mission has increased over time, and I think this trend will continue to escalate. Eventually we'll look at this as the New Normal.

I'd rather go to school than a concentration camp.

That's certainly quite a stretch of the imagination. How long do we wait, wringing our hands, trying to decide what to do then? How many more young, innocent kids need to die before strict, preventative measures are enacted? Any ideas?

Kids should be able to go to school and have fun in a safe environment.

That doesn't mean we turn them into de-militarized post-apocalyptic zones.

Imagine if you were a high school kid, how embarrassing it'd be to go to a football game on a Friday night to just chill with friends and instead you have to walk through a metal detector.

(Lol that just made me think of the scene from Bring it On All or Nothing where the girl walks through the metal detector at the school and she goes "what is this, LAX?"  Now I'm laughing thinking about some preppy rich white girl complaining about going through a metal detector.  Thanks a lot.)

Regarding guns and the unbalanced shooters at schools: More guns to protect children is not the answer in my opinion. Fences and metal detectors should be the first line of defense, backed up by armed, properly trained, vetted security personnel, if truly needed. The police officer in the Parkland, Florida shooting did not engage the shooter. I'd like to know the reason he didn't. Should a teacher be assigned to be put in that position? Could one do that? Kill another human being? Teachers have enough to do without having carrying concealed weapons and being on edge constantly, waiting for the next disgruntled student to breach a campus and kill other kids. Engaging a person in a gun battle is no easy task.Treat mental health issues properly. Stop bullying in schools, workplaces and wherever it's inflicted upon another. Warning signs can often be seen in people suffering with a mental health crisis and ready to snap, if one is aware enough to see them and act to help in an appropriate manner. If only people would treat one another with utmost respect, maybe some of these tragedies would stop.