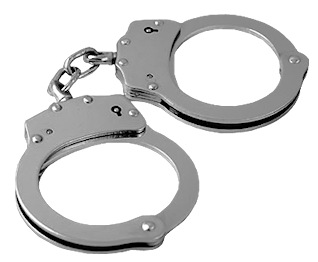 June 12, 2018 (Jamul) – Three suspects in a white Jaguar have been arrested following a purse snatching at an ARCO AM/PM gas station on State Route 94 in Jamul at 6:30 this morning.  A woman pumping gas with her young child in the vehicle reported that a man had opened the door and stolen her purse.

A witness reported that a man in a white Jaguar had stolen the purse. Five minute later, Detective A. Lewis was driving to work on Jamacha Blvd. in Spring Valley when she saw a white Jaguar approaching with a man and woman inside.

“Detective Lewis immediately recognized the female as a chronic thief/prolific offender, Nichole Rivas,” says Detective G. Gatano.  Lewis notified dispatch, then turned around and followed the driver. Deputies arrived within seconds and conducted a traffic stop as the vehicle approved a 7-Eleven store on Jamacha Blvd.

They found the victim’s stolen purse in the vehicle—along with other stolen property. Detectives arrested Jessica R. Curry and Matthew T. McDole along with Rivas, “all known prolific offenders,” according to Detective Gatano.  McDole ran from deputies but was caught soon after.

All three have prior offenses of theft, burglary and drug-related offenses, says Detective Gatano, who adds the arrest exemplifies the “importance of familiarizing ourselves, sharing information of known/prolific offenders in the area and quick action by deputies and detectives who strive to make Rancho San Diego/Spring Valley, a safer community by placing offenders in custody, holding them accountable and reuniting victims with their stolen property.”

This is fantastic news! I think it's great when criminals are caught. Nice work by everyone involved, including the alert citizens willing to step up.