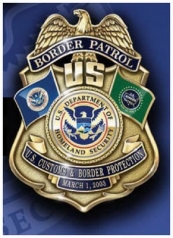 The Chevrolet had 11 adults inside when the collision occurred.  According to Officer Garrow, CHp believes that two occupants were in the cab of the Chevrolet and the rest were lying in the bed of the pick-up.

“All occupants with the exception of the driver were unrestrained and were ejected from the vehicle,” he says. “Three of the occupants were pronounced deceased on scene.  All of the other occupants sustained moderate to major injuries and were transported via ground ambulance to several local hospitals in San Diego.”

The driver is currently in custody with Border Patrol and is being treated for his injuries at a local hospital.  At this time, none the occupant’s names and identities have been determined.