Source: Grossmont-Cuyamaca Community College District
Photos: Grossmont Community College finalists for president, alphabetically (L-R): Dr. Marsha Gable, Dr. Mary Gutierrez, Denise Whisenhunt, J.D.
April 18, 2021 (El Cajon) – Three educators with extensive experience working at community colleges have been chosen as finalists to be the next Grossmont College president.
In a press release announcing the finalists and virtual public forum process, the district says, "Grossmont College in El Cajon, with more than 15,000 students, is known for its high transfer rates to four-year universities and renowned career education programs such as Nursing and Allied Health, Administration of Justice and Culinary Arts."
The position of Grossmont College president opened when Nabil Abu-Ghazaleh, who led the college since 2015, announced his retirement last fall.
The finalists are: 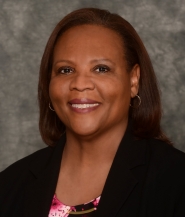 Marsha Gable, Grossmont College’s vice president of student services for the past five years
In 2019, she served as interim president of San Diego Miramar College for eight months when a permanent president was selected. She has been serving as interim president of Grossmont College since January.
Before coming to Grossmont College, Gable was dean of counseling services at Cuyamaca College from 2013 to 2015. She also worked at Santa Ana College and at California State University, San Marcos.
She earned a doctorate in Educational Leadership from San Diego State University; a master’s degree in Sociological Practice from CSU San Marcos; and a bachelor’s degree in social sciences from CSU San Marcos. 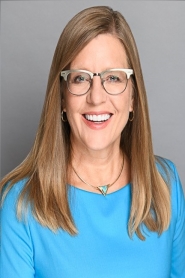 Mary Gutierrez, vice president of instruction at Diablo Valley College in Pleasant Hill since June 2018
She previously served for six years as dean of language arts at Skyline College in San Bruno. Gutierrez also worked as an associate dean at Cascadia College in Bothell, Washington, a program director at the University of San Diego, and as a director of early college at Highline College in Des Moines, Washington.
Gutierrez earned a doctorate in Educational Leadership at San Francisco State University; a master’s degree in English from Virginia Polytechnic Institute; and a bachelor’s degree in English education from VPI. 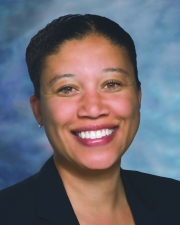 Denise Whisenhunt, vice president of student services at San Diego City College since 2013
She served for 14 months beginning in May 2016 as interim president of the college until a permanent president was hired. Whisenhunt previously served as interim vice president of student services at San Diego Mesa College.
Before that, she worked at several positions at City College, including dean of student affairs, interim dean of student development and matriculation, and associate dean of student services/outreach. Prior to coming to City College in September 2001, Whisenhunt was transfer center coordinator at the University of California at Merced.
Whisenhunt earned her law degree from the Catholic University of America in Washington, D.C.; and a bachelor’s degree in political science and English literature from the University of California at San Diego.
Each of the three candidates will appear in a virtual forum that is open to the public. The forums will be held from 2 to 3 p.m. and will be broadcast on YouTube.
The link to the forum and to submit questions to the candidates can be found on the Grossmont College President Search page. Because of the virtual format, questions will only be taken in advance and should be submitted by noon on April 23. Feedback from the forums will be accepted until noon the following day after each forum.
After the forums, Chancellor Lynn Neault is anticipated to recommend one of the nominees to the Governing Board in May. The new president is expected to begin July 1.