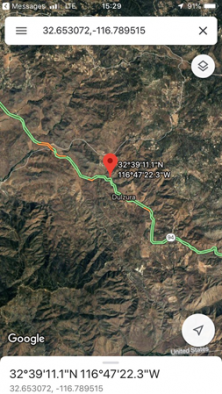 Highway 94 has frequently been shut down for several hours or more in recent years due to motor vehicle accidents, flooding, and relatively small fires.

The area was burned severely during the Harris Fire, part of the 2007 firestorms that ravaged San Diego County—and that was before a casino and new border crossing were added, with the prospect of a major housing development amid the chaparral terrain, if approved, poised to heighten risks of a new wildfire turning deadly if residents are unable to escape the flames.