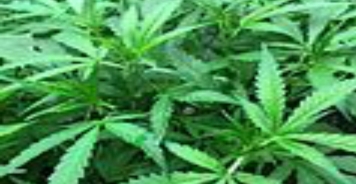 August 22, 2019 (Spring Valley) – As a direct result of numerous complaints from concerned citizens, three illegal marijuana dispensaries in Spring Valley and Casa de Oro were searched and shut down by law enforcement and one arrest was made.

The actions were conducted this morning at 7:45 a.m., when Sheriff’s teams from Rancho San Diego and Imperial Beach, along with the East County Street Team, assisted County Code Compliance in serving an abatement warrant for a zoning violation and criminal search warrants at dispensaries located at 9966 Dolores Street #209 in Casa de Oro, 566 Paraiso Ave. and 1078 Elkelton Blvd. in Spring Valley.

Over 140 pounds of marijuana, marijuana edibles, paraphernalia and cash were found. An employee at the Dolores Street location was arrested for possession and sale of marijuana.  Although state law allows possessions of small amounts of marijuana for personal use, possession of larger amounts and sale is prohibited in San Diego County’s unincorporated areas.

County Code Compliance secured the three illegally dispensaries by boarding up entry doors. The County is using building codes to shut down illegal marijuana operations, serving illegal dispensaries with 10-day notices and ordering property owners to remove tenants involved in illegal marijuana sales. If the owner does not remove the tenant, the County implements abatement proceedings and secures the properties to keep buildings safe.  Anyone found inside the property after it has been secured can be arrested.

The Casa de Oro and Spring Valley areas have had a series of crackdowns to close illegal marijuana dispensaries.

Unlike state-licensed cannabis dispensaries in areas that allow them, illegal dispensaries are not subject to any quality control to check for purity and assure that marijuana is not adulterated or tainted with pesticides, fungicides, or laced with other drugs.  The city of San Diego has legalized sale of recreational and medical marijuana pursuant to state standards. In East County, La Mesa and Lemon Grove voters have legalized medical marijuana dispensaries; La Mesa currently has one that has opened.

Significantly, today Weedmaps, a popular site for individuals seeking marijuana dispensaries, announced that it will no longer list illegal dispensaries – only those operating legally in California.

Residents can call Crime Stoppers to report illegal drug activities or other crimes and remain anonymous at (888)580-8477, and may be eligible for a reward of up to $1,000 for information leading to a felony arrest.

Legalise and treat it like alcohol and tobacco, tax sales and provide treatment for people who need it. Employers could deny jobs to people who smoke. I wouldn't want a trucker or pilot to be high on the job. Take the profits away from the drug cartels.