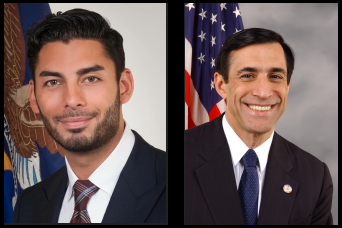 October 27, 2020 (San Diego) -- A new survey released today by Strategies 360 showed each of the candidates winning 42% of likely voters who said they have already decided or are leading toward a candidate. Another 16% remain completely undecided.

Although The Cook report lists the seat as leaning Republican, the rating change follows three additional polls that showed the race in a statistical dead heat, including the most recent poll from the San Diego Union-Tribune/10 News (Issa 45% - Ammar 46%), the San Diego Deputy Sheriff’s Association and the campaign’s internal polling with the election just 51 days away

A poll back in May by the conservative-leaning San Diego Deputy Sheriff’s Association even showed Campa-Najjar leading Issa 42-37, though a lot has changed across the political landscape in the months since then.  Issa’s campaign has indicated the poll may be skewed because it omitted south Riverside County, a small portion of the district but one of the most conservative bastions.

A July 22-26 poll by Strategies 360 for the Campa-Najjar campaign showed the Democrat at 43 percent, Issa at 47 percent, and 10 percent of voters undecided, so those on the fence may determine the outcome.

Campa Najjar’s campaign attributes his strong showing in part to his four-year campaign, shifting national political winds due to the pandemic, and his “strong East County roots that Hunter had, but Issa lacks.”  Issa’s former North County district overlaps about a third of the 50th Congressoinal district, but not the East County portion.

The race could come down to turnout and the coattail effect from the Presidential race.  In 2016, Trump led this district by 15 points, now Joe Biden leads 48 percent to 45 percent.

Both candidates are spending heavily with backing of national political parties and major political leaders.  The Democrats’ “Red to Blue” program has targeted the seat nationally as the party eyes the prospect of picking up a seat in Congress in a district that has long been solidly Republican. 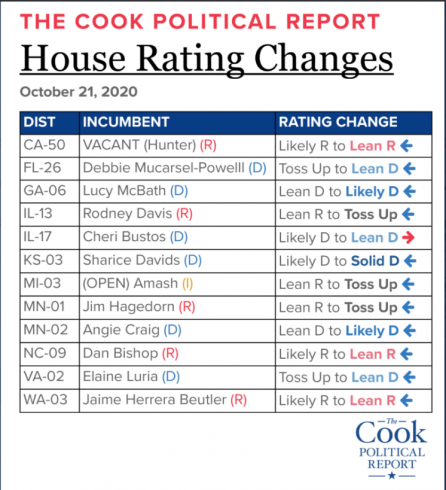 Issa campaigned Saturday at the Temecula-Murrieta Veterans’ Huddle aiming to shore up support in one of the most solidly Republican portions of the district which spans a portion of south Riverside County as well as much of San Diego’s inland region.