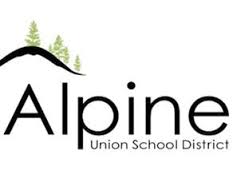 Update December 1, 2016:  Lyon has pulled back ahead of Russo by 25 votes as the count contiunes.  The election will be certified  December 8th.

November 12, 2016 (Alpine) — With 100% of precincts counted but provisional and some mail-in ballots remaining to be counted, Joseph Perricone has won reelection to the Alpine Union School District board. But a second seat is still too close to call, with Travis Lyon leading Louis Russo by just 19 votes.

A key issue facing Alpine is whether or not to continue funding a lawsuit against the Grossmont Union High School District (AUHSD). The AUSD has sued Grossmont to seek $42 million in bond revenues to build an Alpine High School promised in two bond measures, but Grossmont refused to build it.  The County Grand Jury found fault with Grossmont’s actions and recommended that Grossmont either set a firm timetable to build the school, or turn the money over to the AUSD so that it could build a high school.  Alpine parents have also filed a unification petition seeking to split off from the Grossmont District and unify with the AUSD so that it can expand to serve high school students and build a high school for Alpine.

Lyon is endorsed by Bill Weaver, former chair of the Alpine Citizens High School Committee, who posted on the Alpine Community Network,” Travis Lyon is your best bet to correct the wrongs that have put AUSD in litigation and in opposition with our High School District, the GUHSD.”

By contrast, Russo has voiced objection to the AUSD spending a million dollars on lawsuits against Grossmont and other legal actions. In an e-mail to constituents, he wrote, “What could that money have done IN our small district? It could have bought EVERY student in the district an IPad OR it could have paid for a Deputy to protect our children for FIVE years OR it could have hired TEN additional teachers…”

The Registrar of Voters has indicated it will take over three weeks before all remaining votes in races across San Diego County are tallied.