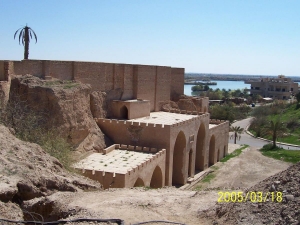 April 1, 2015 (San Diego’s East County)—Iraqi forces backed by U.S. air strikes have been pummeling the city of Tikrit in Iraq, seeking to wrest control away from Islamic State terrorists, or ISIS.  Now the Iraqi Defense Minister Khalid al-Obeidi has declared a “magnificent victory” in the offensive.

Regaining control of Tikrit, which was captured by ISIS extremists last summer, is seen as a key step toward eventually ousting ISIS from Mosul, capital of Nineveh and the religious heart of the Chaldean Christians homeland.  San Diego’s East County is home to an estimated 40,000 to 60,000 Iraqi Chaldeans.

The Interior Minister hopes for a fund and international help to rebuild the ravaged city.  But he stated, using the Arabic name for ISIS, “Daesh is completely defeated.”