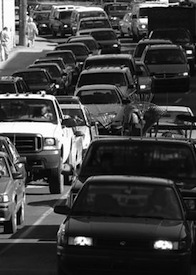 December 18, 2013 (San Diego) – As Californians ready for their holiday travels, the California Highway Patrol (CHP) is set to begin its annual Christmas Maximum Enforcement Period (MEP).  The two-day holiday enforcement effort is designed to help ensure the safety of the motoring public during a time when celebrations are in full swing.

In addition to assisting motorists, CHP officers are on heightened alert for unsafe drivers who speed, or fail to buckle-up themselves or their passengers, and impaired drivers.

“Christmas is a time for family and friends to get together, and we want to make sure everyone arrives safely at their destinations,” said CHP Commissioner Joe Farrow.  “Drivers are reminded to make wise decisions ahead of time for their own safety and the safety of others sharing the roadways with them.”

During last year’s Christmas MEP, which was 4 and a quarter days in length, 39 people were killed in collisions in California.  Among those who died within CHP jurisdiction, more than half were not wearing a seat belt.  In addition, CHP officers made more than 1,170 DUI arrests throughout the 102-hour traffic safety effort.

The public is encouraged to call 9-1-1 if they suspect another driver of being under the influence.

“We plan on spending the holiday keeping Californians safe on our roadways,” added Commissioner Farrow.  “In return, we hope the motoring public will do their part by designating a non-drinking driver, wearing a seat belt, and driving at a safe, legal speed.”