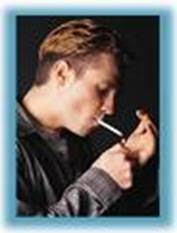 Legislatures voted to ban only smokeless chewing tobacco from Major League and Minor League parks, leaving it legal to use at youth sport venues and recreational ball fields. The law was also watered down to exempt cigarettes, cigars, and electronic cigarettes.

Supporters of Assembly Bill 768 by Assemblyman Tony Thurmond (D-Richmond) had sought to protect young players from the fate suffered by Padres Hall of Famer Tony Gwynn, who died of cancer related to his long-time habit of chewing tobacco.

The largely gutted bill passed by a 15-5 vote, with all five no votes from Republicans who would not support even the scaled-back limits on tobacco at baseball parks.

So for now, the responsibility to discourage young ball players from getting hooked on dangerous tobacco products falls to coaches and parents, since the state failed to protect young athletes from these hazards.