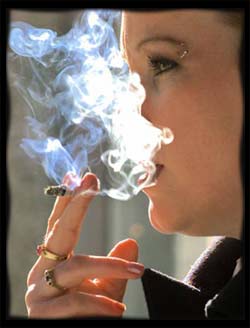 October 15, 2010 (El Cajon)-- Selling tobacco to minors has been illegal in California for more than 100 years. Still, 90% of current smokers began the risky habit by age 18. Every day in California, 300 new youths start smoking --and two-thirds will become long term users. Even after extensive retailer education in 2004,  stores throughout El Cajon were found to be illegally selling tobaco to local teens. So the City enacted a tough new ordinance to curb sale of tobacco products to minors--a move that has proven effective at smoking out offenders.

“Given the results of the 2004 youth purchase survey, the Council asked for our help to develop a local ordinance that would hold retailers responsible for sales to minors,” said Lorenzo Higley, Director of Program Services at Communities Against Substance Abuse, a local public health advocacy organization.

“When it comes to tobacco, El Cajon has always put public health before political expedience,” said City Councilmember, Gary Kendrick. As early as 1995, El Cajon passed a city ordinance removing vending machines from locations where youth had access to them. El Cajon was the first city to do so.

“Protecting the health of children by preventing tobacco sales to minors is the right thing to do,” Kendrick said. “And in the long-run it reduces the burden of health costs for everyone,” he added. Kendrick pushed for the 2004 licensing ordinance as a way to “protect teens from a lifetime of addiction.”

Annual compliance monitoring is coordinated by Communities Against Substance Abuse with the help of local youth volunteers between the ages of 15 and 17. The teens are accompanied by an adult through a training program and on the visits to local gas stations, convenience stores, grocery stores and big box stores, anywhere tobacco is sold.

“El Cajon was the first city in San Diego County to adopt a tobacco retailer licensing ordinance,” according to Kendrick. “We are now near 100% compliance at no cost to taxpayers.”

According to the National Association of Convenience Stores (NACS), cigarettes are the number one product sold at conveniences stores, with average annual cigarettes sales just under $500,000 per store. Convenience stores are the top seller of cigarettes nationwide, accounting for 32.93% of sales. In El Cajon, each tobacco retailer pays a licensing fee of $698 annually. The permit fee covers city costs of enforcement and administration only. Only those profiting from cigarette sales pay for enforcement and violation, so taxpayers don’t have to.

Fines and penalties for sales to minors range from $1,000 or a 30-day suspension for first time offenders to a license revocation for fourth time offenders.