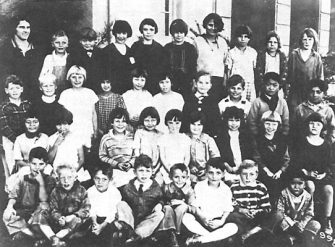 Treganza Heritage Park renaming also honors history of humanitarian Lemon Grove doctor
Photo: Roberto Alvarez at the far right in the third row
Courtesy: California State Library (1928)
By Kathleen Connell
February 10, 2020 (Lemon Grove) -- A City Council discussion and unanimous resolution to rename City Center Park to Treganza Heritage Park opened an unexpected floodgate of memories about the diverse history of Lemon Grove, and a too-often-forgotten national Latinx farmworker landmark legal victory.
Desegregation of US schools is usually attributed to the landmark 1954 legislation, Brown vs. The Board of Education.  In fact, the first successful desegregation challenge occurred at Lemon Grove in San Diego’s East County. Roberto Alvarez vs. the Board of Trustees of the Lemon Grove School District, a legal challenge known as the Lemon Grove Incident, occurred in 1931, in the agricultural town of Lemon Grove.  Helen Ofield, past President of the Lemon Grove Historical Society, mentioned the historic win in passing to the City Council, in support of the park’s name change.
In the 1930s, some of the earliest school desegregation cases occurred in the Southwestern U.S., where Mexican immigrants were targeted for discrimination by school officials. One of the most important was the 1931 case against the Lemon Grove school district.
According to Robert Alvarez and The Zinn Education Project:
“On January 5, 1931, Jerome T. Green, Principal of the Lemon Grove Grammar School, acting under instructions from the school trustees, stood at the door and admitted all pupils except the Mexican students. Principal Green announced that the Mexican children did not belong at the school, could not enter, and instructed them to attend a two-room building constructed to house Mexican children.”
The Mexican parents rallied together and through the Mexican Consulate, acquired legal counsel and support. The school incident became a test case of the power of the District Attorney and the school board to create a separate school for Mexican children. Roberto Alvarez and the Mexican Community won, and returned to school with their Anglo classmates. 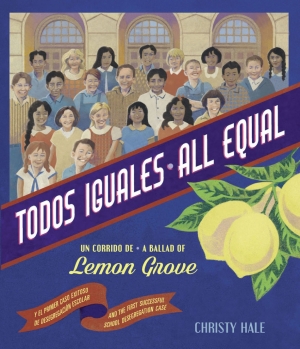 Photo (right): Todos iguales / All Equal, children's history book
The Lemon Grove Historical Society web page details the lawsuit via a recommendation of a book about the incident: Todos Iguales / All Equal: Un Corrido de / A Ballad of Lemon Grove is a history book written for school children. It describes the details of events of January-March 1931.
Traeganza Heritage Park Named
The unanimous approval of the name change of a park honors another local legend, and the history of Lemon Grove.
The Treganza family was a founding pioneer family in Lemon Grove and in agriculture. Dr. Treganza led the effort to start the Lemon Grove Historical Society, the council was told by Mrs. Ofield. A family member designed the big lemon, and a Lemon Grove Museum named after the family is housed at SDSU.
Councilmember Mendoza said she is “very excited,” adding, “What a beautiful name.”
Another public speaker, Laura Hook, Docent for Lemon Grove Historical Society told the Council, “I love the big lemon…it would not be there if Treganza had not designed it.”
Ofield seconded the sentiment, stating that the “Treganza Dynasty had unconditional love for this town.”
Cynthia Dole also spoke, as a direct descent of the Treganza Family: “I am here to represent the family gratitude for renaming the park. Our family continues to support the Lemon Grove Historical Society.” She assured the Council that the family would underwrite the cost of the signage change. One Councilmember said, “I am happy to be a part of this decision. Change is good and an opportunity to acknowledge our past.” 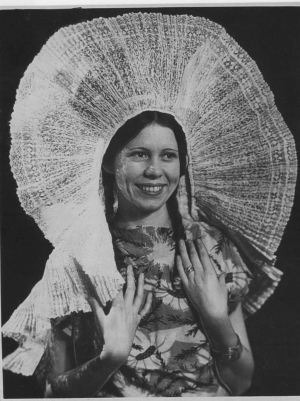 Photo (right): Amorita Treganza
Courtesy: Lemon Grove Historical Society
Dr. Treganza, a children’s eye doctor, was an outstanding humanitarian resident of Lemon Grove. She was known in 1944 and beyond for often treating those who could not afford vision care, and eventually treated only children. Treganza also flew humanitarian missions to Baja California to treat patients there.
The optometrist was also engaged in other humanitarian work, including serving alcoholic women and supporting educational projects for children, and training other physicians in the practice of pediatric care. She died in 2002 and was honored at a celebration of her life by hundreds of area residents.
SB 50 Voted Down in Sacramento
The Mayor and City Council had a brief discussion about Senate Bill 50, a proposed state legislative measure that would mandate high-density housing in many more residential areas than currently allowed. The Council appeared pleased to hear from staff that the controversial legislation had failed. The consensus was that the bill was a danger to local control, and that the residential high rises that would be allowed may not be appropriate for Lemon Grove, which has already recently built new and affordable housing projects. However, a new version of the bill is expected to emerge in Sacramento.
The Council retired to closed session, to confer with city attorneys about anticipated legislation. The litigant is Citrus St. Partners LLC, which has a proposed marijuana dispensary application. Attempts to hear back from the litigant were not successful before ECM press time.