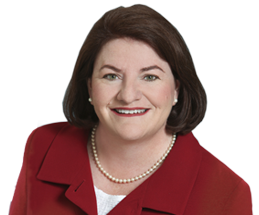 May 11, 2014 (San Diego) - There’s a new Speaker of the Assembly in California-- and she’s from San Diego.Former Sam Diego Councilwoman Toni Atkins was sworn in Monday in Sacramento.

Atkins is a true rags-to-riches story. Daughter of a coal miner, she grew up in rural Virginia a home without running water, where her mother cooked on a wood stove and the family could not afford health insurance.

Atkins has made healthcare and affordable housing priorities in her legislative career, as well as women’s rights and gay rights. Atkins is the first openly gay legislator to lead the California Assembly.

She has also served as a manager and director of services at a women’s clinic, where she saw first hand the ordeals of women seeking abortion.  She carried a bill to expand access to abortions. In San Diego, she pushed through declaration of a citywide housing emergency and a requirement for developers to offer affordably priced housing units in new home projects.

She briefly served as San Diego’s interim mayor, after Dick Murphy resigned and Murphy’s replacement, Michael Zuchet, also resigned amid a corruption scandal though charges against him were later dropped.  Atkins served until the election of Mayor Jerry Sanders several months later. Sanders has credited Atkins with helping him reach the decision to support same-sex marriages.

Though progressive in her politics, Atkins has won praise across the aisle for her integrity and for being respectful to those with differing views.

Having a San Diegan in charge of running the State Assembly also means increased influence for the region in the halls of power in Sacramento.

The Speaker is in charge of overall management and supervision of the Assembly.  She appoints members to all committees and subcommittees, allocates funds, staffing, and other resources for the effective operation of the House, and establishes committee schedules. The Speaker is also responsible for making or recommending numerous appointments to state boards and commissions—and she  and serves on the University of California Board of Regents and the California State University Board of Trustees.

“I am grateful to my Assembly colleagues for selecting me for this honor and responsibility,” says Atkins.  “After several years of deficits and financial challenges created by the Great Recession, California has finally begun down a path of stabilization and growing prosperity.  I look forward to working with Assemblymembers on both sides of the aisle and the Governor as we take advantage of this opportunity to continue laying a sound financial foundation for our state.”