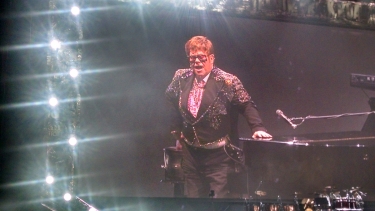 FOX will offer the “Living Room Concert” across all of its networks, including FOX, Fox News Channel, Fox Sports 1 and Fox Business, in addition to all FOX digital platforms.

In addition to raising money to help feed people across our nation during the COVID-19 crisis, the concert also aims to raise awareness of the heroic work being done by our nation’s first responders.

Below is video taken during Elton John's recent San DIego concert, when he invited fans to record and share videos of his music from his farewell tour:

Except Greenland and a few remote islands.