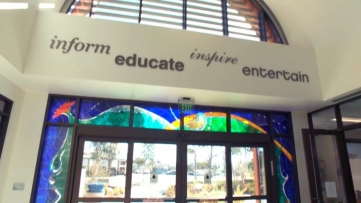 January 3, 2017 (San Diego) - San Diego County residents continued to take advantage of the all of free resources available to them from the San Diego County Library system in 2016. From books and e-books to DVDs and a variety of programs for residents of all ages, the SDCL ranked amongst the top library systems in the nation.

In fact, SDCL was tops in California in the number of programs offered and attendance at those programs. That ranked fifth in the U.S. in both categories as well. SDCL was number one in kids programming attendance in California and number four in the nation, according to the national statistical report of libraries during the last fiscal year.

How many of the top books, e-books and DVDs in the top 15 County Library checkouts did you read, listen to or watch?

See below the top 15 list for the “grown-up” books, e-books and DVDs. Then be sure to check them out!

(Fun fact: If you include children’s books, the “Diary of a Wimpy Kid” series by Jeff Kinney took ten of the top 11 spots for books!)