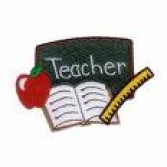 Board majority to continue support for unification efforts

November 7, 2012 (Alpine) -- The Alpine Union School District (AUSD) saw its top two campaign spenders become the winners of seats on its Board. Tim Caruthers was the top spender at almost $7,800, followed by  Joe Perricone, who spent $5,300.  Perricone got the most votes in the community, followed by Caruthers.

"The reasons that compel me to serve and to run for this office are the belief that I am the best candidate for this job. I will always draw upon my experience and passions,” Caruthers said. “ Professionally, my businesses have been very successful. I will bring that successful business mind-set to my service on your School board. As an economics major, I strongly believe in not spending more than we take in."

He served on the Grossmont-Cuyamaca Community College District Board for 12 years and says he understands the ins and outs of budgets, strategic planning, contract negotiations, and other vital issues. He claims experience gives him a distinct advantage that will benefit our community and kids.

Perricone states that the most pressing issue facing the Alpine Union School District is the budget, as we will be facing this a deficit for 2010-2011 school. Mr. Perricone is the Secretary for the Alpine HS Citizens Committee, and serves as a Director on the Board of the Alpine Education Foundation.

“I have been in business for 28, and in that time I've seen recessions come and go. In these times it can't be business as usual when dealing with cut backs and your budget,” he added. “You have to use common sense and be able to think outside the box to solve the problems that you must face in these times. My priorities would be to work with the other board members to gain control of the deficit, not only for this year but to set up a plan to keep the district in the black for future years.”

Perricone says his only agenda is for the kids to look after their best interests so that each student can reach their full potential.  The AHSCC organization (on which Joe Perricone serves as an officer) was founded in 1998. objective was found on their website. The AHSCC objective is stated as, “To achieve an exemplary high school for the students, and communities of greater Alpine in the fastest, most economical and effective means possible. This school will embody the spirit and values of the Alpine/Blossom Valley communities, and be dedicated to academic excellence and cultural diversity.

These candidates were all favorable toward the Alpine unification effort (Alpine’s formal separation from the Grossmont Union High School District) that is currently in motion, thus this election secures the board’s prior resolution in support of unification. The AUSD Superintendent, Tom Pellegrino, supports the conversion of the K8 district to become a K12 district. The effort was started by the Alpine High School Citizens Committee in response to the GUHSD Governing Boards decision to halt or delay this Prop H and Prop U bond project.

The entire cast of AUSD Board Candidates are listed and placed as follows: