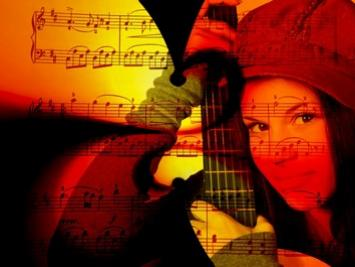 “The concert series is a wonderful opportunity for students and surrounding community to be exposed to a variety of musical styles in one of East County’s nicer performing arts theatres,” said Taylor Smith, chair of the Cuyamaca College Performing Arts Department.

Some of the performances are timed so students in Cuyamaca College music courses can hear live presentations of what they’re learning in class. Others are presented by the Early San Diego Music Society. The final event, the Coyote Music Festival, comprises homegrown live music from a number of local bands and is presented by students in the Music Industry Studies program.

All but the Coyote Music Festival take place at the Cuyamaca College Performing Arts Theatre.

Following is a list of scheduled performances. Admission to all concerts is $8, or $5 for students and seniors, unless otherwise noted.

·         Sunday, Feb. 21, 3 p.m. Lina Tur Bonet on the violin and Kenneth Weiss on the harpsichord explore the underplayed music of Elisabeth Jacquet de la Guerre, one of the few front-rank female composers of the French Baroque, in this San Diego Early Music Society performance. Cost is $10.

·         Thursday, Feb. 25, 7:30 p.m. Composer Dominic Schaner (Heresy of the Free Spirit) exhibits his mastery of the lute in this Cuyamaca College performance.