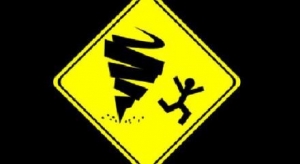 August 16, 2015 (Salton Sea) – The National Weather Service confirmed yesterday that a severe storm that tore through Mecca on the north shore of the Salton Sea on August 6 was a tornado that caused over $10 million in damages.

The National Weather Service has concluded that a tornado did in fact occur, with peak wind speeds reached 90 to 105 miles per hour. The tornado flipped over a vehicle and also damaged structures.

National Weather Service for confirming in only nine days that a tornado in fact occurred.