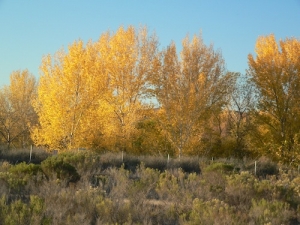 The city found that no environmental review is required. But now Scenic San Diego, a nonprofit group dedicated to preserving scenic views, has filed a formal objection.  The group says the project directly violates city municipal codes, which specifically prohibit flashing signs, except for time and temperature information.  The sign is also 26 feet taller than allowed by current law and nearly four times the square footage.

The group says that studies have found digital billboards contribute to driver distraction and could endanger motorists.

The location includes views over the San Diego River Park and Mission Trails, with distant views of Cuyamaca and the Laguna Mountains.

Van Collinsworth with Preserve Wild Santee voiced this concern in a comment posted at Santee Patch. “The billboard would get quite a setting to stick up its sore thumb,” he said, then asked, “and how many more would follow?”