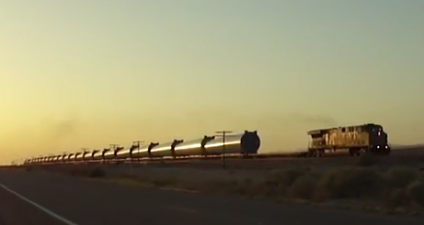 May 21, 2012 (Ocotilllo) -- A train loaded with what appeared to be segments of approximately 20 wind turbines arrived in Imperial Valley yesterday, apparently destined for the Ocotillo Express wind facility now under construction. View a video by Anita Nicklin:  http://www.youtube.com/watch?v=zHPPYxI9PVY&feature=youtu.be.

The fast-track construction of the project set to ultimately have 122 turbines continues, even as a federal judge weighs whether or not to grant a temporary restraining order sought by the Quechan Indians to halt construction. On Friday, Judge Hayes asked if "irreperable harm" would occur to viewsheds if construction is allowed to continue for the next 30 days.  Based on arrival of the turbines and the rapid rate of ground-clearing and excavation in the past week, the answer to that question may well be "yes." 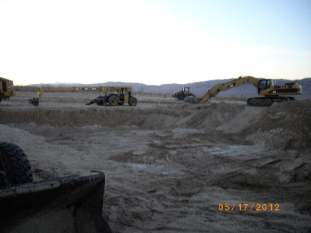 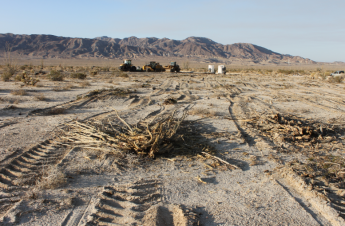