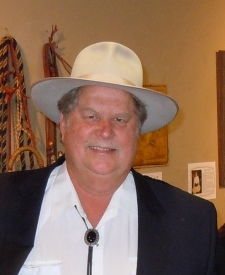 September 1, 2015 (Descanso) -- When I think of Garry McClintock, what I will remember more than anything else is his attitude towards life.  He was always upbeat and positive, and full of curiosity of the world around him.  He had the inner and spiritual strength to continue to carry that on despite his long illness. When you spoke with Garry you always felt that he was really interested in what you had to say, and you always seemed to go away better for it.  His shop was always somewhere that you could not only buy a saddle or tack or have it repaired but a place where you could find out what was happening, in Descanso or in the equestrian community.  It was as much a social center as it was a saddle shop.  And I cannot remember him in any conversation ever saying a bad thing about anybody. 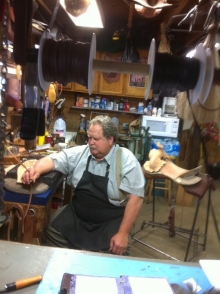 A little over a year ago, Garry asked me to finish a project he had started many years ago- a trail guide for the trails in Cuyamaca Park and the area surrounding it.  Due to working together on it we had the opportunity to spend quite a bit of time together  and I will cherish those times and conversations forever.  He was truly a gentleman of the old school and the best friend a person could ever ask for.

I would like to tell two stories about Garry- the first is when many years ago a group of us started on a ride out of Granny’s old ranch just on the other side of the freeway.  We kept asking Garry where we were going, and he kept dodging the question.  Being local riders with many hours in the saddle, we just went along figuring we could handle anything he threw at us.  But it quickly became obvious that we were to be tested- the trails were steep and overgrown, and the country just kept getting rougher and more remote.  By the time we crossed Pine Creek on the Secret Canyon Trail there were only three of us left.  We continued down to the Espinosa Trail, then up through the Austin Ranch to Corta Madera.   By the time we stumbled into Corta Madera it was about 11:00 at night and we had to wake up the foreman to call somebody with a trailer to come pick us up.  We spent a lot of time laughing about that ride afterwards. 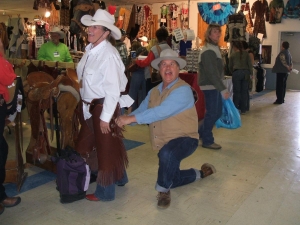 The second story is when he and his son Cody were in Mexico filming his fabulous documentary “Corazon Vaquero”.  Eve Ewing and I had accompanied them down for a portion of the filming, and we were staying at the Meling Ranch a few hours south of the border.  Garry arranged for us to travel by horse and pack string through a remote section of the San Pedro Martir Mountains to a little ranch on the Rio Santo Domingo. We camped there for a couple of days and dined on trout we caught out of the river.  One evening we were sitting around the campfire with the couple who lived there and her elderly uncle.  Cody was deep in conversation with the uncle when suddenly he broke out in a huge grin and started rummaging in his bag for his video camera.  He proceeded to tell us that the uncle had offered to sing his ranchero songs for us, a cappella.  Despite the man's advanced age, he began to sing the songs in a clear, haunting voice that brought us all to stunned silence.  The beauty of the songs and the moment,  with the glow from the fire dancing on his face as he sang,  created something that I will remember and cherish for the rest of my life. When he was done, I looked over at his niece, who had tears running down her cheeks.  She told us she had not heard those songs for many, many years and thanked us for having him sing them.  If you watch “Corazon Vaquero” he’s in the early part of the film.

Vaya con Dios, my friend.   You were one of a kind and you will be sorely missed. 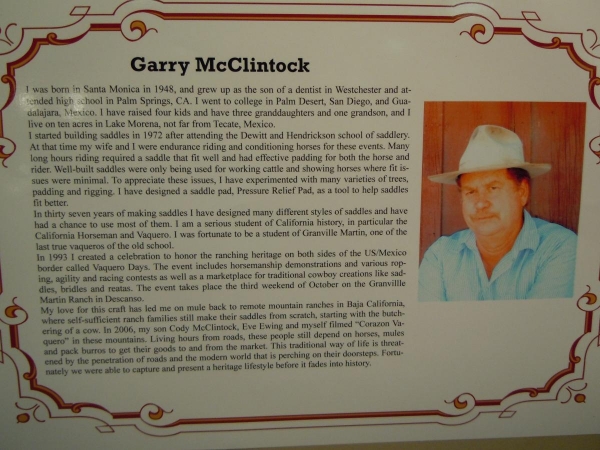