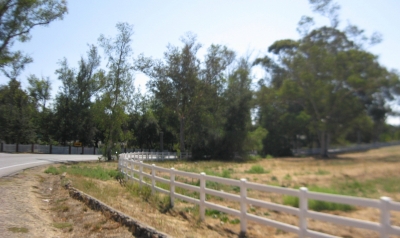 January 12, 2021 (Alpine) – In response to complaints over obstruction of visibility for drivers, several large trees have been removed from the s-curve on South Grade Road in Alpine near the intersection with Scenic View. A smaller oak tree growing below power lines was also taken out, confirms Hector Licon Jr., vegetation manager for the County Public Works Department.

The action was taken after a complaint filed by Duncan Marks, who states, “Drivers will now be able to see ALL oncoming traffic and the odds of a head on collision have been dramatically reduced.”

Travis Lyon, chairman of the Alpine Community Planning Group, praised the action in an email thanking Marks for “your efforts to bring this safety issue to the county’s attention.” He also thanked Licon for a swift response to the issue.  Lyon provided before and after shots showing the difference. 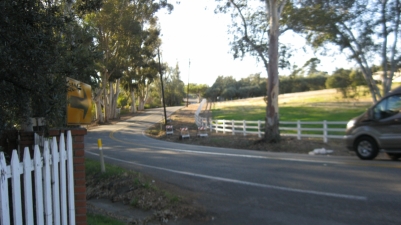 Licon indicated he obtained permission and cooperation from the property owners, who “agreed to have the trees that were also causing the sight distance issue removed.  After consulting with my arborist, we came to the conclusion that the small Oak tree had to be removed due to the fact that it was growing underneath a power line . SDG&E would have eventually come around and topped off the tree causing it to die and ultimately cause an impact to the road. Neighboring residents where pleased with the work done, and where happy to see the issue resolved.”