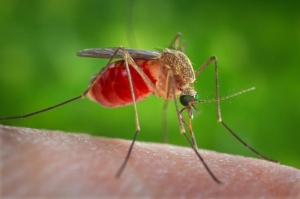 October 30, 2018 (San Diego) - Halloween is here, but it’s still warm outside — and that means it’s a good idea to add some insect repellent under your costume, because Dracula won’t be the only bloodsucker wandering neighborhoods with trick or treaters.

It’s still mosquito and mosquito-borne illness season in San Diego County, and mosquitoes love to feed around dusk, when trick or treaters are typically out in full force.

So, San Diego County’s Vector Control Program is reminding everyone they still need to protect themselves from mosquitoes and illnesses they can potentially spread, including West Nile virus.

“Even in costume, you can get bitten by mosquitoes,” said Chris Conlan, supervising vector ecologist with the County’s Vector Control Program. “One of the best things you can do to protect yourself and your children is to apply some insect repellent to exposed skin to help keep mosquitoes away. And always remember to read the insect repellent labels to use them safely.”

It is not uncommon for the people who contract West Nile virus in San Diego County to do so in the fall months. The County reported its first human case of West Nile virus this year Oct. 19, a 91-year-old La Jolla man who was hospitalized but released, and who was recovering.

West Nile virus is mainly a bird disease, but it can be transmitted to people by mosquitoes that feed on infected birds and then bite people.

Most people — roughly eight out of 10 — who become infected with West Nile virus never know it and never suffer any symptoms. About 20 percent of people who get infected suffer mild symptoms, including headache, fever, nausea, fatigue, skin rash or swollen glands. But in rare cases, West Nile virus can make people extremely ill and even kill them.