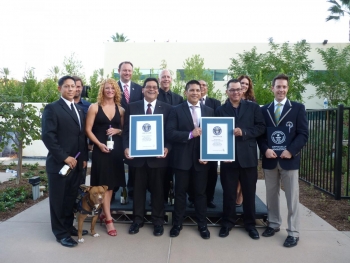 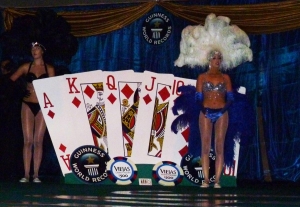 The event benefitted Operation Homefront.   The Viejas tribe presented a $5,000 check to the organization, which 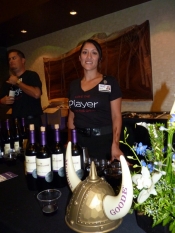 U.S. Marine Staff Sgt. Mike Rios, who took military retirement after being injured by a rocket propelled grenade, was on hand  with his service dog to praise Operation Homefront for the help that he received.

After the final record was broken, record-breaking participants were served up complimentary wine and appetizers.

This marked the casino's second year of partnering with Guiness, said Chris Kelley, General Manager. "We're excited to be partnering with them on such an important day."

View a video of the final record being broken, along with the official Guiness Book of World Records announcement: