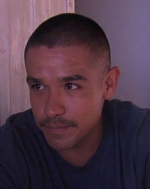 To help prevent future incidents of a similar nature, MTS and TSS will be reviewing and revised policies, procedures and training as necessary. In addition, supervisors will review security officers’ performances in the field and correct as needed on a daily basis, a press statement from MTS indicates, adding that MTS has “zero tolerance for improper use of force by all MTS employees and contractors.”

10 News aired video showing a seven-minute beating caught on camera by a passenger.  The victim, Felipe Vedoy, has said he was beaten for rolling a cigarette before boarding the trolley in La Mesa.  MTS turned video and details over to La Mesa Police to determine if criminal charges are warranted.

Names of the officers involved in the beating have been withheld pending outcome of the criminal investigation , MTS indicated.

An ECM investigation found that MTS has faced allegations of excessive force at least other times recently including two cases in which racial profiling was alleged.