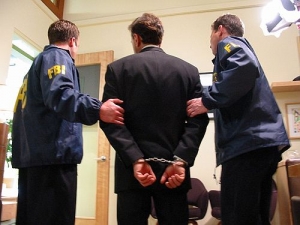 March 21, 2017 (San Diego) -- It is interesting to note that a lot of Green Card and visa holders are still not aware of Presidential Order 13768 as the travel ban took over the news. However, Steven Riznyk’s law firm, San Diego Biz Law, has been receiving calls from clients nationwide and worldwide who are affected by this section. They are afraid to travel, are denied entry at the border, and lose their airfares as well as vacation times.

People don’t realize, states Steven Riznyk, how Presidential Order 13768 is affecting their family members and employees. Regrettably, and what is more surprising, states Mr Riznyk, is that a lot of visa and Green Card holders have no idea this Order is in effect, and are blindly traveling outside our borders, never to return.

Green Card and Visa Holders are unaware that if they have a criminal record of any kind they require an approved waiver from the CIS (=immigration department) or Governor’s Pardon (for more serious offences); otherwise, they are leaving the United States, possibly never to return. Although people think that they only have a 5 or 10-year bar with certain offences, the reality is that they are not automatically allowed in after the time has elapsed; they often have to present a case. People without a valid waiver will find themselves unable to visit sick or dying relatives or otherwise travel outside the United States.

Basically, three categories of people are listed as priorities for removal (previously called deportation) that will wipe out a substantial proportion of our foreign population. First, anyone with a criminal record of any kind (even $5.00 shoplifting), anyone who has been convicted of ‘any’ crime, even if they have not been convicted, and people who have committed the essential elements of a crime, even if they have not been charged.

People do not know what this means. For example, if Joe Smith notices that his co-worker, Maria Jones, has been driving while intoxicated after a staff party, he or she can have this person removed from the United States. It’s that simple.

Why is it that this order has not been in the news a lot? Simple. A lot of people think that something that deals with criminal issues is negative and people may believe they side with offender.  As a result, they don’t want to touch the topic. However, part of the reason our criminal laws have so many sections and regulations is because there are many instances where an exception should be granted. For example, a lawyer called me, states Steven Riznyk, and stated that a person who was here illegally (and we do not support that) was driving by and saw someone attacking a police officer and the police officer was in threat for his life. The person, being a good human, got out of his car and overtook the criminal, saving the police officer’s life. He is now in removal (previously called deportation) proceedings. Is that fair? Should he have left the police officer die?

Another situation that sticks with Mr Riznyk’s memory is a lady who was at Walmart, picking up pictures, when her child started screaming out of control. She took the kids out of the front door ( a few feet from the photo counter of Walmart) when the employee called security. The woman had every intention of paying the $5.00 but forgot about the risk when she took her kids out for a moment. The person at the counter of Walmart called security and she is in removal proceedings.

In San Diego, and particularly in a part of it called Pacific Beach, the local police are conducting traffic stops, checking for DUIs, while the CIS agents are asking for peoples’ identification and right to remain in the United States, even following people to their homes if they don’t have it handy. Although federal agents are unable to stop people randomly, they are using DUI stops as a way to remove immigrants and visa holders.

The problem we have here, is that we have granted high-level powers to people untrained and unequipped to make such decisions.  Where lives of parents and children are involved, experience and training can make a world of difference in the exercise of discretionary power.

Where stories of people who have made a contribution to the United States and have now been removed will not help our country, states Mr Riznyk. These stories will be shared in the person’s country and will spread, creating a reputation we do not deserve. People will have a negative viewpoint of the United States. The many decades we have spent developing an image of a country that does right by others will be wiped out in a microsecond, only to be replaced by thoughts of a country that is ungrateful.

On the one hand, it is true that in some cases the foreign person would not be in this predicament had they not committed a criminal offence. The people who have been convicted and not charged or those who have a justification (ie Walmart example above) on the other, should not have to spend 8 months abroad while a waiver is decided, or even a lifetime if it is denied. One aspect of this situation that people do not seem to take into account is the disruption it causes in the lives of schoolchildren, American businesses, and personal lives; especially for people who have a justification.

Steven Riznyk is a business and immigration attorney who has been practicing for 29 years. He is an author and not only creates cases for immigration lawyers and the public. He has been training lawyers for decades in the complex areas of immigration law, and is an immigration author and strategist. He can be reached at (619) 677-5727 or contact@SanDiegoBizLaw.com as well as stevenriznyk on Skype.

for not publicizing a presidential order is valid, especially considering the hoo-rah about the supposed "Muslim Ban."