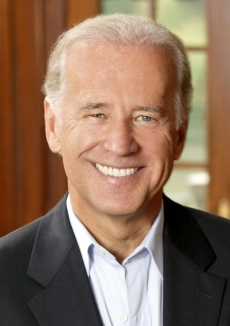 November 23, 2020 (Washington D.C.) – Today, President Donald Trump acknowledged that he has instructed his administration to begin the transition to President-Elect Joe Biden and his team.

The announcement came on Twitter, after Michigan and Georgia certified their electors and a judge dismissed Trump’s challenge in Pennsylvania.  Biden won the popular vote by more than 6 million votes and has 306 electoral votes; 270 are needed to win.

In a Tweet today, Trump stated that he was recommended that General Services Administration chief Emily Murphy “do what needs to be done with regard to initial protocols, and have told my team to do the same.”

Murphy had drawn fire for her delay in authorizing the transition to begin, an unprecedented action that critics contended put national security at risk and prevented the Biden team from accessing even information on the COVID-19 vaccine distribution plans.  Many Republican as well as Democratic leaders in recent days had urged Trump and Murphy to end the obstruction and begin a peaceful transfer transfer of power.

In a letter sent to Biden today, Murphy wrote, “I take this role seriously and, because of recent developments involving legal challenges and certification of election results, am transmitting this letter today to make those resources and services available to you.”

The Biden-Harris transition team’s executive director, Yohannes Abraham, said of the news, “Today’s decision is a needed step to begin tackling the challenges facing our nation, including getting the pandemic under control and our economy back on track. This final decision is a definitive administrative action to formally begin the transition process with federal agencies. In the days ahead, transition officials will begin meeting with federal officials to discuss the pandemic response, have a full accounting of our national security interests, and gain compete understanding of the Trump administration’s efforts to hollow out government agencies.”

The transition team has set up an official government website at https://buildbackbetter.gov/.  The priorities listed are COVID-19, economic recovery, racial equity and climate change.

The site states,"A Biden-Harris administration, propelled by the foundation laid by the transition, will lead a just and equitable recovery that rebuilds a strong, inclusive middle class and builds an economy for the future."  It also includes announcements of Biden's picks for White House staff, foreign policy and naitonal security team members. Resumes are now being accepted on the site for many other positions in the Biden administration.

Biden will be sworn into office on Inauguration Day, January 20, 2021.