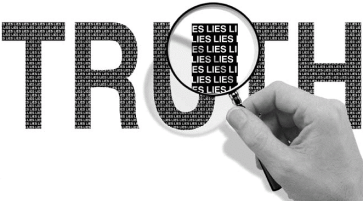 At a recent press conference, Donald Trump refused to answer a question posed by CNN, called the respected journalism organization “fake news.”  His tirade came after CNN published information on a reported dossier compiled by Russia, according to British intelligence, with the supposed intent to blackmail Trump.   Trump then called on a reporter from Breitbart, an online site considered a mouthpiece for the alt-right white supremacist movement.

Trump’s actions were so bizarre that even the conservative news outlet Fox news came to CNN’s defense.  Fox News’ Shep Spence criticized Trump and said of CNN’s report, “It is our observation that its correspondents followed journalistic standards and neither they nor any other news outlet’s journalists should be subjected to belittling and delegitimizing by the President of the United States.”

Separately, when a National Park Service employee tweeted aerial photos showing a substantially smaller crowd at Trump’s inauguration than Obama’s, Trump ordered the NPR to suspend its Twitter account.  Trump insisted, with no verification, that he drew the largest crowd ever for an inauguration. 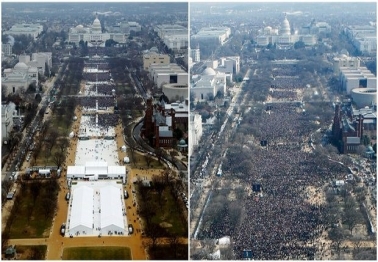 Washington D.C.’s transit system operator also verified that ridership was much larger for Obama’s inauguration than for Trump’s.

Trump’s press secretary, Sean Spicer, then provided outright false information to media,  Politifact and many other fact-checking organizations proved.  He claimed white coverings to protect grass on the national mall had never been used before, but in fact had been used during Obama’s inauguration in 2013.

Spicer also claimed use of fencing and magnetometers prevented crowds from accessing the Mall as quickly as they had in the past. The Secret Service debunked that claim.  CNN’s Jim Acosta spoke with a representative of the U.S. Secret Service, who said “no magnetometers were used on the National Mall for Trump’s inauguration.”  Spicer’s claim was also disputed by New York Times reporter Michael Schmidt, who tweeted that two unnamed law enforcement officials told him "magnetometers were not used in the areas Spicer said they were on the Mall."

Next up, Trump spokeswoman Kellyanne Conway had the following bizarre exchange with Chuck Todd on NBC’s Meet the Press:

“You're saying it's a falsehood, and Sean Spicer, our press secretary is giving alternative facts to that," Conway shot back.

Merriam Webster, dictionary publisher, offered this textbook definition of the word `fact’: “In contemporary use, fact is generally understood to refer to something with actual existence, or presented as having objective reality.”

Since his election, Trump’s administration has criticized the media not for lying, but in fact, for doing its job.

On the campaign trail, he threatened to cause “problems” for media that didn’t report favorably on him and threatened to make it easier to file libel lawsuits against the press for what he called “hit pieces.” With regard to the esteemed New York Times, he stated, “We're going to open up libel laws, and we're going to have people sue you like you've never got sued before."

Of course, public figures already have protection against libel, if a media outlet publishes material that it knows or should know is false, with a malicious intent to cause harm, damaging an individual’s reputation.

Trump’s threats clearly meant to intimidate the press, actions reminiscent of Richard Nixon, another president who sought to prevent he media from reporting truths that ultimately brought down his presidency when the Watergate scandal led to resignation of Nixon and criminal convictions against multiple members of his administration.

Trump’s administration hasn’t stopped at suppressing only First Amendment freedom of the press, however.

Trump’s White House has also moved to silence the people’s right to free speech–at least when it comes to contacting the new President.

Calls to the old number are answered with this message: “Thank you for calling the White House comments line. The comment line is currently closed.”

Shutting down public comments on the White House phone line contradicts the promise Trump made in his inauguration speech, when he promised that ordinary people would be heard under his administration. “The forgotten men and women of our country will be forgotten no longer,” he announced. “Everyone is listening to you now.”