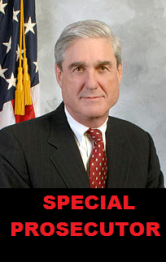 “There’s a large-scale, ongoing investigation of which this case is only a small part,” Aaron S.J. Zelinsky, a prosecutor on Robert Mueller’s special prosecutor team, told the court during Papadopoulos’ plea hearing earlier this month, the New York Times reports.  Papadapoulos’ emails and admission of a meeting at Trump Tower in June 2016 that included Donald Trump Jr., the Presidenti’s son, and Jared Kushner, his son-in-law,  indicated the Russian Government offered to help Trump’s candidacy.  Russian operatives later hacked Hillary Clinton’s email account and leaked embarrassing communications to the media.

The investigation is looking to determine who in the Trump campaign knew and was involved in that effort, but further, whether anyone in the campaign may have been involved in “fake media” campaigns paid for by Russia on social media and/or Russian efforts to penetrate multiple states’ election systems, acknowledged in Senate hearings.

The investigation is impacting both political parties; Tony Podesta, a Democratic lobbyist whose firm was hired to do lobbying for the Ukraine quit his lobbying job Monday and could also be targeted in the probe, as could members of Congress potentially.

Mueller’s mandate is broad, covering not only Russian efforts to influence the election and any Americans involved in such conspiracy, but also any other criminal actions he may uncover, potentially include state crimes that could not be pardoned. Conspiracy-related charges, if I that conspiracy involved the president or his family,  also could not be eliminated with presidential pardons – and the word conspiracy is used frequently in the indictments unsealed thus far.

Just how high Mueller’s problem may go remains to be seen but it could potentially include White House officials and even the President himself.

Some have speculated that Trump could fire Mueller.  But Repubican Judiciary Chairman Charles Garssley has urged that the President not do so, and let the special counsel do his job, The Hill reports.

Trump tweeted “NO COLLUSION!” and noted that Manafort’s alleged crimes involving the Ukraine occurred before he joined the Trump campaign, adding, “But why aren’t Crooked Hillary and the Dems the focus???”

While major media likened the process to Watergate and provided substantial coverage of the indictments,  some conservative news sites downplayed the stories and quickly moved them off the homepage. Fox News,  the New York Post and Wall Street Journal, all owned by Ropert Murdoch, for instance, put more focus on sexual harassment scandals involving Harvey Weinstein and Kevin Spacey, as well as a story on a hamburger emoji, then on the first arrests, indictments and guilty plea brought as a result of Mueller’s investigation.

Mueller’s strategy of releasing info on Papadopoulos cutting a plea deal, presumably in exchange for leniency for sharing information on others higher up the chain of command, on the same day indictments against Manafort and Gates were announced, puts pressure on other key players to cooperate with investigators by cutting deals. While Papadapoulous may get off with a relatively light sentence, Manafort could face up to 80 years behind bars and could yet face additional charges.

George Papodopolous and I both attended DePaul University in Chicago, although at different times, with me receiving a Certificate in Purchasing Management in 2001 and George receiving a degree in Political Science in 2009. I also lived not too far from his Ravenswood neighborhood that he currently lives with his mother and brother. DePaul is known as a bastion of political influence, as three mayors got their degrees from the school, Richard J. Daley and Richard M. Daley, as well as Michael Bilandic. Also, former Supreme Court Justice Arthur Goldberg and former NAACP leader Benjamin Hooks graduated from DePaul. Perhaps this is where Papodopolous got his penchant from wanting to delve in politics and wanting to be a player. He is seen at a meeting with President Trump and Jeff Sessions here. 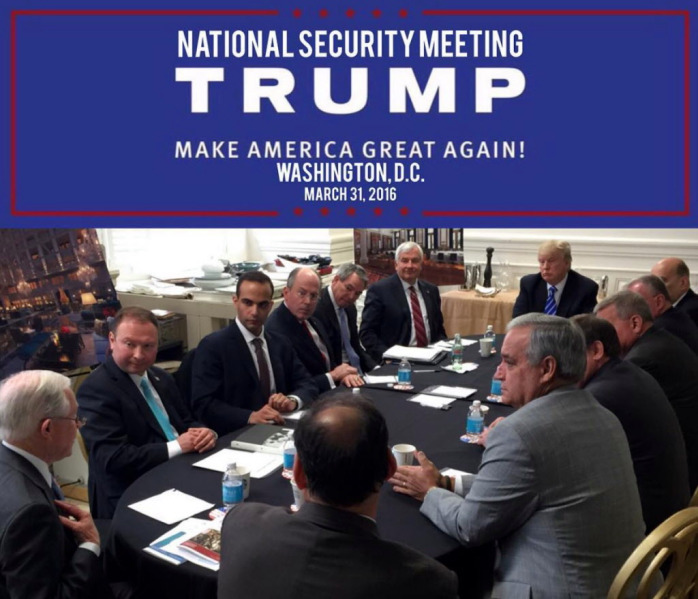