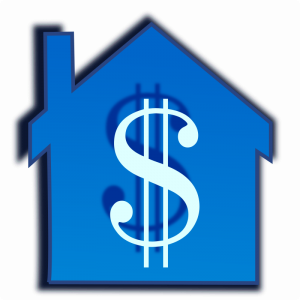 The order cancels a pending rate cut for mortgage insurance paid by homebuyers on FHA-backed mortgages, that was ordered by the Obama administration.  “With sufficient reserves on hand to meet future claims, it’s time for FHA to pass along some modest savings to working families,” Obama’s Secretary of Housing and Urban Development, Julian Castro, said when he announced the cuts.

But Trump’s nominee for HUD Secretary Ben Carson, said in Senate confirmation hearings that he supports cancelling those cuts.  Carson has not yet been confirmed, but Trump issued the executive order rolling back the cuts Friday as one of his first presidential actions.

Trump’s action to raise mortgage insurance costs for first-time and low-income homebuyers on FHA-backed loans seems to fly in the face of Trump’s inauguration speech pledge that every action he takes would aim to benefit working families.

Some Republicans have sought to justify the rollback by saying if low-income buyers default on loans, the FHA could be unable to cover those losses, leaving taxpayers footing the bill.   The FHA got a $1.7 billion bailout in 2013 when the subprime mortgage market collapsed.

But the FHA’s Mutual Mortgage Insurance Fund’s capital reserve ratio has exceeded requirements for the past two years, the Los Angeles Times reports.

California Association of Realtors President Geoff McIntosh issued a statement calling on Trump to reverse his action.  McIntosh says, “FHA’s single-family home portfolio is financially sound as it has ever been, and we hope that once the new administration has thoroughly reviewed the merits of the premium reduction, the suspension will immediately be lifted.”

The National Association of Realtors estimates Trump’s action will increase home buying costs for over a quarter of a million Americans in the next year alone.“ The association’s president bill Brown told Huffington Post, “We’re disappointed in the decision but will continue making the case to reinstate the cut in the months ahead.”

A spokesman for the National Association of Home Builders also opposes the Trump executive order and says the organization will work with Trump’s administration. “We feel confident that they will reinstate the reduction,” the spokesman reportedly told Huffington Post.

Nationwide, new FHA borrowers would have saved $500 a year with the rate cut, the Obama administration had estimated.

But in California, where housing costs are higher than the national average, much more is at stake. The California Association of Realtors estimates that the cut would have saved homebuyers in California with FHA-backed loans an average of $860 a year.    In San Diego, where the media cost of housing is even higher than statewide, losses for homebuyers could be far higher.  On a $600,000 loan with a down payment under 5% on a 30-year mortgage, homebuyers must now pay $1,500 more due to Trump’s action.

The hike in mortgage insurance costs for homebuyers helped by the FHA program is the second blow for first-time and low-income homebuyers, coming on the heels of an interest rate hike shortly after the November election.

A slowdown in the nation’s home buying market could also have broad ramifications for the economy overall.