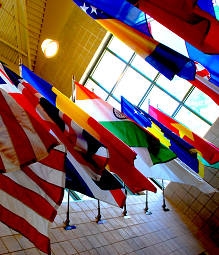 July 17, 2020 (Washington D.C.) – After the state of California joined a lawsuit filed by Harvard University and others against the Trump administration, the White House has dropped its plan announced July 6 to deport international students not enrolled in in-person classes this fall.

Instead, the government has reinstated a policy initiated at the start of the COVID-19 pandemic in March, which allows foreign students to study online and remain in the U.S. on student visas under the Student and Exchange Visitor Program, the New York Times reports.

U.S. District Judge Allison Burroughs in Massachusetts announced that parties in the lawsuit reached the agreement as a settlement.

The lawsuit called the order to deport students amid the pandemic “arbitrary, capricious, an abuse of discretion.” The suit further contended that the intent was to “encourage schools to reopen,” as the Trump administration has pushed for, without regard to students’ safety.

In Israel, after schools reopened, last month 47% of all COVID-19 patients nationwide were infected in schools. Now 2,026 students, teachers and school staff are infected, with another 28,147 quarantined, the Daily Beast reports.

Deporting foreign students would not only undermine educational opportunities for those on the exchange program. It would also have cost colleges and universities, including the University of California and California State University system campuses, millions of dollars in lost tuitions at a time when schools are already reeling financially from added costs due to COVID-19 health requirements.  Locally, UCSD,  San Diego State University and Cal State San Marcos have many students from around the world, providing a rich cultural experience for all students. Many of our nation's top corporations were founded by leaders who came to the U.S. as immigrants or international students.

California Attorney General Xavier Becerra was one of 18 state attorneys general to join the suit.

The Trump policy would have impacted roughly 400,000 international students with F-1 or M-1 visas, who according to the U.S. Commerce Department, contributed $45 billion to the U.S. economy in 2018.