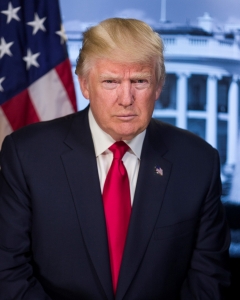 January 22, 2017 (Washington D.C.) – In one of his first actions as President, Donald Trump signed an Executive Order directing federal agencies to reduce financial costs of the Affordable Care Act on insurance companies, healthcare providers and patients, allowing agencies to “waive, defer, grant exemptions or delay implementation of any provision or requirement” of the ACA, also known as Obamacare.

California Insurance Commissioner Dave Jones issued a stating blasting the decision.  “Based on my experience as the regulator of the largest insurance market in the United States, this Executive Order is likely to destabilize health insurance markets across the United States. President Trump’s Executive Order is also contrary to his promise to provide health care coverage to all Americans,” Jones says.

Trump has pledged to repeal the Affordable Care Act and replace it with terrific “insurance for everybody,” though Republican leaders in Congress have quickly said they believe the President meant access to healthcare, meaning the option to purchase insurance—not guaranteed healthcare for all as all other industrialized nations in the world currently have.

A major insurance company spokesman agrees.  Larry Levitt, senior vice president at the Kaiser Family Foundation, says Trump’s order is likely to result in widespread waivers from the individual mandate for insurance which he predicts “would likely create chaos in the individual insurance market.”

David Anderson, health policy analyst at Duke University, believes such actions would make the market “sicker and an overage more expensive,” for consumers, Politico has reported.

The order doesn’t specifically exactly what would be cut or waived.  However, one stated goal is to “provide greater flexibility to States.”  The Washington Post suggests this could open the door to changing rules for states that expanded Medicare under the ACA, an action that could affect many low-income Americans.

Reuters reports that Joe Antos at the American Institute Think Tank has suggested that insurance companies might be allowed to offer policies that exclude costly items such as maternity care, coverage that is required under the ACA to protect mothers and their unborn babies.

Under Trump’s order, agencies could also roll back taxes on health insurers, medical device makers and the wealthy that have been used to help finance costs of the ACA.   Trump’s administration could allow employers to avoid ACA requirements to cover workers or face penalties.

It is unclear how much of the ACA Trump could dismantle through executive action, without action by Congress, which passed the ACA. But the Republican-controlled Senate already voted to begin repeal of the ACA, without waiting for a replacement.  The House, also in Republican control, voted many times during Obama’s administration to repeal the ACA without a replacement plan.

Repeal of the ACA would also affect people who never had an ACA or Obamacare plan, since the ACA also set rules for private insurance companies such as prohibiting insurers from denying coverage to people due to preexisting conditions, and allowing parents to keep kids on their plans until age 25.

President Trump, on the campaign trail, repeatedly vowed to repeal Obamacare but has said he would replace it—not create a massive void of uncertainty in the marketplace.

Congressional Republicans who ran on a platform of repealing the ACA are now learning that it may be more difficult than they anticipated, with recent polls showing over 60% of Americans now support the ACA and don’t want it repealed, though many acknowledge problems with the ACA that they want to see fixed, such as high premiums for some middle-income people and a shortage of doctors accepting Medicare patients  due to an increase in people enrolled in Medicare and lower reimbursement rates for physicians.

Editor’s Note:  We are basing our excerpts of Trump’s Executive Order from copies posted in articles by members of the White House press corps, since the White House website’s press room to date has nothing posted under presidential actions, executive orders, press briefings, statements or news releases.  Other than Trump’s inaugural speech, not a word of anything he has done since the swearing in ceremony Friday has yet appeared at www.WhiteHouse.gov for the public and press across the nation to evaluate – a troubling departure from prior administrations that have promptly posted such materials. Nor is there any press contact listed for media to call or e-mail with questions.

Three articles on the first page on how President Trump is going to bring to an end the world as we know it. Sure glad I can get FOX news on the internet. Will this Progessive whining ever quit?

The story does not say Trump will "bring an end to the world"  (though by accelerating climate change, he may manage that, too) .

This article accurately quotes top healthcare experts (and there are many others) voicing concerns.

Our own Sharp Healthcare executives held a press conference last week voicing concerns over the ACA being repealed with no replacement.

I've not seen a reputable healthcare expert or patient advocate anywhere praising this, even those who don't like the ACA.  Uncertaintly is not good for anyone.

It's not only progressives upset about this. I know plenty of conservatives on other issues who don't want to lose their healthcare.

It is not whining to report truth or at least the best assessment we can provide based on the facts available.  Trump should hve provided  more details on his order and the Republicans should have produced a healthcare plan before pushing through gutting or repealing what's in place currently.

Obviously with a new administration every news outlet in the nation is going to be reporting on the new initiatives and how they impact people across American and in our own region. To do otherwise would make us all ostriches with heads in the sand.

Why do you object to "five articles" on a homepage with 30 articles on it?  I guess you want people kept in the dark.  All major newspapers in the nation have similar coverage though I think some of ours is in more depth.

Why don't you want the public to know what their elected officials are doing in Washington?