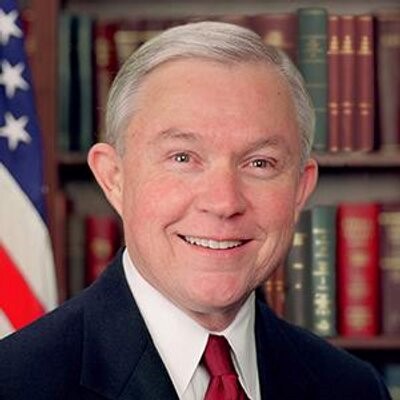 But he has drawn support from some fellow Republican lawmakers, who praised him as fair-minded and in fact, he once prosecuted a prominent Ku Klux Klan member for murder, helping break the backbone of the KKK in in Alabama.

Biased media sources on both sides of the aisle have spun this appointment to polar opposite extremes: one side paints Sessions as an enemy of civil rights, while the other portrays him as a champion who has stood up to powerful hate groups.

Here are the facts.

Born in Selma, Alabama to a store owner/farmer and named for a Confederate officer, Sessions got his law degree at the University of Alabama.  He worked as an attorney in private practice and became a captain in the Army Reserve.

In 1975, he served as an Assistant U.S. Attorney for the Southern District of Alabama.  In 1981, President Reagan nominated him to become U.S. Attorney for the Southern District.  He was confirmed by the Senate and held the post 12 years.  During that time, he investigated the murder of Michael Donald, a black teen hung by Ku Klux Klan members. Both men were arrested and convicted; Sessions obtained a death penalty sentence for one of the killers in a case that reportedly broke the backbone of the KKK in Alabama.

But when Reagan nominated Sessions in 1986 to become a judge on the U.S. District Court, his nomination was blocked with two Republican Senators joining Democrats on the Judiciary Committee. His nomination was opposed by the NAACP and the Leadership Conference on Civil Rights.  Four Justice Dept. lawyers testified that Sessions made racially offensive remarks.

Thomas Figures, a black Assistant U.S. Attorney, claimed Sessions called him “boy” and told him to “be careful what you say to white folks.”  Sessions denied making these statements.   Both Figures and Barry Kowalski said they heard Sessions make a joke that the KKK was “okay until I found out they smoked pot.” Sessions apologized for that remark.  But Kowalski believed it was a joke, adding, “He couldn’t have been more supportive of making sure we got convicted the murderers of the last black man who was lynched by the Klan.”

Kowalski also said Sessions was more welcoming of Civil Rights Division work than many other southern federal lawyers in that era.  However, Figures contradicted that depiction, saying he once heard Sessions throw a civil rights case file on the table and say “I wish I could decline on all of them.”  He reported opposed the Voting Rights Act, which as U.S. Attorney General he would be sworn to uphold.

In his testimony to the Judiciary, Sessions defended his civil rights record and noted that the signed 10 pleadings attacking segregation or its remnants.

Perhaps most troubling to committee members, Sessions was accused of falsely prosecuting black political activists in Alabama for voting fraud, including a member of Rev. Martin Luther King’s staff.  The activists had collected and mailed 500 absentee ballots for elderly black voters.  The trio known as the Marion Three were accused of altering absentee ballots, mail fraud, and conspiracy to vote more than once, but were acquitted by five whites and seven black jurors.

Senator Ted Kennedy stated, “Mr. Sessions’ role in the voting fraud case in Alabama alone should bar him from sitting on the bench.”

The Tuscaloosa News, however, reported that Perry County, Alabama, where the case originated, had faced allegations of voting fraud for decades and in 2012, Uniontown had a population of 1,775 in the2010 census but by 2012 had 2,587 registered voters.  Sessions has contended that he was right to try the case, but simply failed to provide enough proof to win.

Reagan ultimately withdrew the judicial nomination. However, Sessions went on to be elected Attorney General of Alabama in 1994 and won election to the U.S. Senate in 1996.

In the Senate, he often received an “F” from the NAACP and other civil rights groups for opposing civil rights bills. In 2013, he praised the Supreme Court for essentially gutting the Voting Rights Act and allowing states with histories of discrimination to change their voting laws, no longer needed federal oversight.  That decision led to a flurry of new laws passed by states that had the effect of suppressing minority votes, such as Alabama, which passed voter photo ID requirements and then promptly shut down 31 DMV offices in counties that were predominantly black.

Sessions is among the most conservative members of Congress.  He supported a constitutional ban on gay marriage and opposed repeal of the military’s don’t ask, don’t tell policy, even voting against a bill to make violence based on sexual orientation a hate crime. He opposed Senator John McCain’s bill prohibiting the U.S. military from torturing prisoners even though torture is illegal under international law. He voted against the Affordable Care Act and voted for the Iraq War.  He has called for deportation of undocumented immigrants and opposes a pathway to citizenship. He led the fights in the Senate against immigration reform measures in 2006 and 2007.  He is pro-life and voted against funding stem cell research.

Sessions has voiced opposition to legalized marijuana and called cannabis “dangerous.”  His views have led advocates of medical or recreational marijuana in dozens of states that have legalized one or the other usage to raise concerns over whether Sessions will crack down. Marijuana is still listed as a schedule 1 illegal drug under federal law, though Trump has previously voiced support for states’ rights on marijuana regulation.

Stephen Sherer, executive director of Americans for Safe Access, issued a statement indication “nomination of Jeff Sessions as the next Attorney General of the United States is a tremendous cause for concern to medical cannabis patients and their families.” He urged Trump to ask Sessions to respect state medical cannabis programs.

Session supports civil forfeiture, government seizure of property alleged to be involved in a crime, such as cash or vehicles.   He has also supported broad government surveillance powers of citizens.

His legislative efforts include cosponsoring the Victims of Child Abuse Reauthorization Act to protect children.  Also, despite his checkered record on civil rights, he cosponsored a measure to present the Congressional Gold Medal to Civil Rights activist Rosa Parks who launched the Montgomery bus boycott by refusing to give up her seat to a white person, an action that launched civil rights protests and led to passage of desegregation and civil rights legislation.

He also sponsored a bill to award a Congressional Gold Medal to those who participated in Bloody Sunday, Turnaround Tuesday, or in the final Selma to Montgomery Voting Rights March in March of 1965, which served as a catalyst for the Voting Rights Act of 1965.

Senator Lindsey Graham (R-S. Carolina) has said he would support Sessions’ nomination. “I like Jeff. He was the early, only supporter for Donald Trump in the Senate,” Graham said. “And I believe Jeff Sessions has earned the right to serve President Trump in the highest levels, and I think he’s a good, competent, capable man.”

But others have raised serious concerns about having Sessions follow in the footsteps of Eric Holder, the first black Attorney General, who made enforcement of civil rights laws a priority.

“From his time as U.S. attorney through his service on the Judiciary Committee, he has left serious doubts about whether he would faithfully enforce civil rights laws as attorney general,” former Justice Department spokesman Matthew Miller said. “The Civil Rights Division was gutted during the last Republican administration, and the burden of proof is on Senator Sessions to show that he would not follow that same path.”