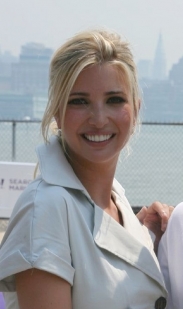 April 5, 2017 (Washington D.C.)—Tuesday was Equal Pay Day—94 days into the year, signifying how many more days the average woman must work to earn as much as a man.

Ironically, Ivanka Trump, special assistant to her father, President Donald Trump tweeted, “#EqualPayDay is a reminder that women deserve equal pay for equal work. We must work to close the gender pay gap!”  Yet days earlier, her father signed an executive order that rolled back 14 protections for women workers –including the Fair Pay order signed by then-President Barack Obama.

Women have been fighting to receive equal pay for equal work for more than half a century. Over 50 years ago, Congresswoman Edith Green introduced the Equal Pay Act that would require men and women be paid equally for the same work.  After months of delay, she was dismayed to learn her bill had been filed by a committee chairman under “B” for Broads.

President John F. Kennedy finally signed the Equal Pay Act into law in 1963, but disparities continued. So President Obama’s fist official act was to sign the Lilly Ledbetter Fair Pay Act, which made it easier to women to challenge unequal pay.

But the fight is far from over, California Senator Kamala Harris notes in an editorial published in Teen Vogue.

Today, a 20-year-old woman will lose $418,000 in wages due to pay discrimination, meaning she would have to work until age 70 to earn as much as a male colleague would earn by age 60.

For women of color, the pay disparity is even worse.  Black women make just 63 cents for each dollar earned by a white man. That’s $840,000 in lost wages over a career.  Latinas make only 54 cents on that same dollar, losing over a million dollars in wages over a lifetime. A Latina woman would have to work into her 80s to earn as much as a white man doing identical work makes by age 60.

Making matters even worse, nowadays 40% of mothers are their family’s primary or only wage earner, or as Senator Harris states, “today `B’ stands not for ‘Broad’ but for ‘Breadwinner.’”

But President Trump’s executive order makes it harder for women to prove discrimination, or even learn that it’s occurring.

Obama’s Fair Pay order that Trump repealed was put in place after a Government Accountability Office investigation found that companies with serious and widespread violation of the Equal Pay law were still getting lucrative federal contracts.

Obama’s order provided paycheck transparency, meaning employers had to report on salaries and pay scales, so women and the government would know if women were being short-changed.  His order also banned forced arbitration clauses in employment contacts that were forcing sexual harassment victims to settle in secret without being able to sue or even get their complaints into a public record.  Companies that were flagrantly discriminating against women were banned from getting federal contracts.

Trump’s order undoes all of that progress to protect women.  Noreen Farrell, director of the Equal Rights Advocates law firm, accuses Trump of going “on the attack” with an “executive order that essentially forces women to pay to keep companies in business that discriminate against them, with their own tax dollars.” She calls that “an outrage.”

Some women officials are fighting back.   San Diego Congresswoman Susan Davis, a Democrat, is cosponsoring legislation to strengthen the Equal Pay Act, though it likely has little chance of passage in the Republican controlled Congress that has consistently supported weakening, not strengthening, protections for women and workers.

Congresswoman Davis says, “Families increasingly rely on women’s wages to make ends meet. Equal Pay Day should be a reminder to everyone that in order to strengthen the middle class, we need to ensure fairness in America.”

The Paycheck Fairness Act that Davis is cosponsoring would strengthen and close loopholes in the Equal Pay Act of 1963 by holding employers accountable for discriminatory practices, ending the practice of pay secrecy, easing workers’ ability to individually or jointly challenge pay discrimination, and strengthening remedies available to employees who have been wronged.

Senator Harris believes it should be a priority to pass legislation to ensure equal pay and family-friendly workplaces, including a federal law to require national paid family and sick leave.

But she also urges women to stand up and advocate for themselves without worrying about being called pushy.  She notes that a recent study found that while half of men negotiated for a higher salary, only one out of eight women did so.

Finally, Harris calls on more employers to step up and take action. She praises Salesforce, a California software company that initiated a review of salaries by pay, job responsibilities, location and educational levels.  They found pay inequalities and made adjustments---an action that affected six percent of Salesforce’s 17,000 employees and cost the company $3 million dollars—but Salesforce still posted strong revenue growths last year. Other companies such as Facebook and Apple have taken similar actions.

States can also take actions, as California has already done.  California’s pay gap today is among the 10 smallest in the nation. Women in California earn about 14 cents less than men, on average.

“California has one of the best equal pay laws in the country, including requirements to reduce disparities across racial and ethnic lines,” Senator Harris says. But she adds, “We can still do better.”

California’s new Senator,  concludes, “Our daughters should not grow up believing that their work is worth less than a man’s.”

That’s a lesson that Ivanka Trump, apparently, has yet to learn as she praises Equal Pay Day while turning a blind eye to her father’s actions that harm the progress made by women in the workplace.

there's no penalty for a corporation which pays women less than men. Obama created paperwork regarding procedures for lawsuits and contract awards, but there is still no prescribed punishment for breaking the law. And now Trump has abolished those procedures. This is yet another fault of the US government in allowing "executive privilege" in governance. Too often we are governed by executive orders (sign of a dictatorship) and not laws. Shouldn't there be a prescribed penalty for a law violation which demonstrably harms people? If a woman is denied voter registration, or any other equal right, must she be required sue the government or a corporation? It's a failure of government to require her to do so, IMO.