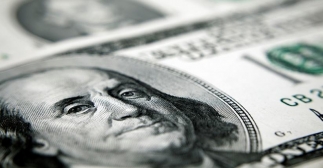 But it does not grant any back pay to federal contractors, many of who are struggling without pay.

Payment for federal employees could be immediate upon the shutdown ending, instead of waiting until their next scheduled payday. The language also appears to apply to any future government shutdowns.

Senate Democrats have introduced legislation that would pay low-wage federal contractors, such as cafeteria workers, janitors and security guards, for the duration of the shutdown, but Republican Majority Leader Mitch McConnell has refused to allow it to be voted upon.

McConnell has also blocked the Senate from voting on the Congressional budget bill passed by the House, despite significant bipartisan support for doing so.  Some Senators have indicated there may even be enough votes to override a presidential veto. But McConnell is standing firm against allowing votes on any proposal that does not include the $5.6 billion for a border wall that the President has demanded.

Meanwhile protests have erupted this week in Washington D.C. and cities across the nation including San Diego, calling for the shutdown to end.  Federal workers staged protests in Washington D.C., sharing stories of the hardships they are facing.

Even with a guarantee of eventual payment, workers who lack savings have shared stories of being unable to afford insulin and cancer treatments—potentially life-threatening consequences. Others are hoping lenders will allow late payments for mortgages and car loans. Some, such as Cal Coast Credit Union locally, have agreed to work with federal employees who are temporarily unable to pay their bills. But there is no requirement for lenders to do so, so some workers fear losing their homes or vehicles now, after missing paychecks this week.

Some workers have been furloughed without pay, but have the ability to do other paid jobs if they can find them.  Hardest hit are workers in critical jobs such as Homeland Security and Border Patrol agents, who have been ordered to stay on the job without pay. A lawsuit challenged this as unconstitutional but a judge this week ruled against workers, upholding the administration’s orders. After the ruling, the Trump administration ordered more employees back to work, including many IRS agents and airport workers.

Republicans accuse Democrats of not caring about border security. Democrats say Republicans could have passed funding for a border wall when Republican controlled the House and Senate, but couldn’t muster up enough votes. Democrats accuse the President and McConnell of playing politics at the expense of 800,000 federal workers and the many Americans dependent on government services such as CalFresh benefits, housing subsidies for low-income residents, airport security and federal food inspections that have been cut back due to the shutdown.

While Democrats have accused Trump of holding the government hostage, House Speaker Nancy Pelosi made a power play of her own today. Pelosi sent a letter to the President revoking his invitation to present the State of the Union address –until the shutdown ends.  Pelosi invited President Trump to submit a written State of the Union speech to Congress instead, citing the fact that security forces including Secret Service agents required for the annual event are currently going without pay.

Contractors are responsible to "their" employees. Caught up in the shutdown, look to Pelosci & Schummer who are Government Employees that gridlock, criticize, obstruct and violate our Constitution; just to get illegal votes and force their agenda upon America. Their approach is counter productive and unethical. As to the State of the Union address, I am looking forward to it ASAP without interference.
"The people" are getting fed up with our government. Are we headed for mass riots someday? It could happen...