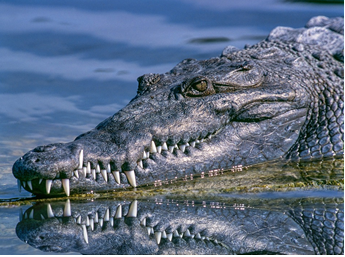 Aides told the Pulitzer Prize-winning newspaper that Trump went into a rage and ordered the entire border shut down, ignoring warnings that this would have serious negative economic impacts in the U.S., trap U.S. tourists in Mexico and strand children at schools. The shutdown cost the San Diego region millions of dollars in lost tourism and shopping dollars, the San Diego Regional Chamber of Commerce has indicated.

Trump often showed exasperation with aides, but voiced glee when hearing that Border Patrol agents had fired tear gas at refugees in Mexico to stop them from crossing the border. According to the Times' White House sources, after a contract for a metal border fence was approved, Trump demanded it be changed to concrete. He later reportedly ordered wall building sped up and told aides to take the land and let the property owners sue the government. When told by Kirstien Nielsen, Homeland Security Secretary, that firing on drones was illegal, he reportedly fired back, “Shoot ‘em down, Sweetheart. Just shoot ‘em out of the sky.”

The Times report indicates that Trump purged his inner circle of top cabinet officials and aides who tried to keep the President acting within the confines of the law. Notably Kirstjen Nielsen was ordered to resign after urging the President to use legal means to control the border including the courts and Congress.

The purged staffers were replaced by followers in line with policies of Stephen Miller, immigration hardliner with racist white nationalist ties, as GQ has detailed.

The President's urging of staff to violate U.S. and international laws will likely add fuel to the fires fanning impeachment efforts in the House, after a whistleblower reported that Trump withheld military aide from the Ukraine while pressuring Ukraine's president to launch an investigation into the son of former Vice President Joe Biden, a leading Democratic candidate in the 2020 presidential election.

I'm perfectly OK with a wall, with a moat. Which includes snakes and alligators. Also, with the wall being electrified, with sharp spikes on the top. I'm OK with all that, build it.